More than 100 former Turkish military officers have been given life sentences for their involvement in an attempted 2016 coup against President Recep Tayyip Erdogan, the BBC reports.

The failed coup was the most serious attempt to overthrow President Erdogan, who has ruled Turkey since 2003.

The 104 defendants received “aggravated life sentences,” which is one of the harshest penalties given since the coup attempt, Reuters reports. Of 280 people on trial, the court also handed down lesser penalties to 52 other defendants charged with “assisting the assassination of the president” and “membership of a terrorist organization,” according to Turkish state media.

Erdogan has previously proposed reintroducing the death penalty, which Turkey scrapped in 2004, for coup conspirators, according to the BBC.

On the night of July 15, 2016, military officials in Turkey announced that they have taken over the country, as soldiers stormed intelligence facilities and raided the holiday resort where Erdogan was staying. But the president escaped, making an appeal on FaceTime to his supporters to take to the streets. Many complied, and clashes between pro-Erdogan demonstrators and soldiers left at least 260 dead and 2,200 injured.

In the aftermath of the coup, Erdogan blamed Fethullah Gulen, an influential Turkish cleric living in exile in the U.S. Erdogan has accused Gulen’s followers of infiltrating Turkish institutions in an effort to sabotage the state.

Erdogan also launched a sweeping purge of state employees, sacking more than 150,000 people including police officers, civil servants and teachers. Some 50,000 people have been arrested, including dozens of journalists and more than 100 media outlets have been shuttered.

The following year, Erdogan consolidated his authority with a controversial constitutional referendum that endowed Turkey’s president with extensive new powers. Critics called the vote a step towards dictatorship. 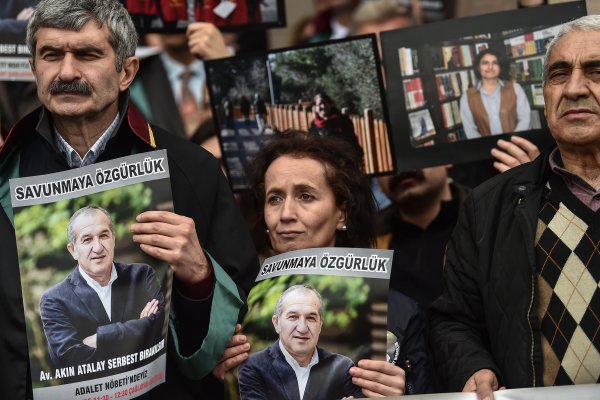