A passenger airliner arrives at Adler Airport ahead of the Sochi Winter Olympics on January 31, 2014.
Robert Cianflone—Getty Images
By Eliana Dockterman

The Transportation Security Administration is temporarily banning travelers from bringing any liquid, gel or aerosol in their carry-on luggage on flights between the U.S. and Russia after a warning from the Department of Homeland Security that terrorists targeting the Olympic Games in Sochi might hide explosives in toothpaste or cosmetic tubes.

“As always our security posture, which at all times includes a number of measures both seen and unseen, will continue to respond and appropriately adapt to protect the American people from an ever evolving threat picture,” a DHS official said. “These measures include intelligence gathering and analysis, deployment of cutting edge technology, random canine team searches at airports, federal air marshals, federal flight deck officers, temporarily restricting certain items and more security measures both visible and invisible to the public.”

The rule applies for the next 30 days. Travelers can still bring the items in checked bags.

MORE: Sochi 2014: Snowboarding, Skiing and Skating Ring in the Games

Russia banned liquids and gels from carry-ons one month ago as part of an effort to tighten security ahead of the Olympics, which has been the target of threats from Islamic militants in the region.

The opening ceremony of the Sochi Games is scheduled for Friday.

—with reporting by Zeke Miller 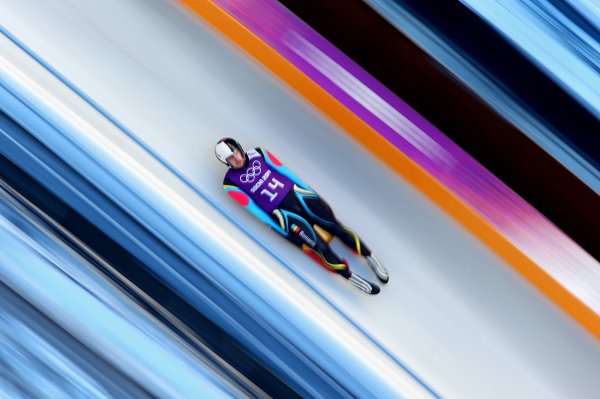 Sochi 2014: Snowboarding, Skiing and Skating Start the Olympics Games
Next Up: Editor's Pick