America’s Next Top Model creator Tyra Banks is famous for her “smize.” But at Sunday night’s 2018 Billboard Music Awards in Las Vegas, Banks met a group of stars who made her rethink her belief in the supremacy of her favorite facial expression.

“Meeting BTS is… Better Than Smizing,” she captioned an Instagram video. In the video, the world-famous K-pop boy band joins Banks in striking poses full of personality. Clearly, they’re no strangers to hamming it up for the camera.

At Sunday night’s show, the popular group of seven — who are known for their singing, rapping and dancing, besides living up to Banks’s standards in posing — took home the award for Top Social Artist (for the second year in a row). They also took to the stage to perform their new single “Fake Love” off of just-released album Love Yourself: Tear, making history as the first K-pop act to perform at the BBMAs. Throughout the evening, the BTS fans in the audience and online went wild for the group, who have developed a loyal following that calls itself the “Army” and has propelled them to global superstar status.

Banks, meanwhile, was living it up at the show, hanging out with BTS, Lil Hank Williams (real name: Mason Ramsey) and more, and generally enjoying being a part of the audience on the night that Janet Jackson won a historic Icon Award and Christina Aguilera and Demi Lovato joined together for a duet. 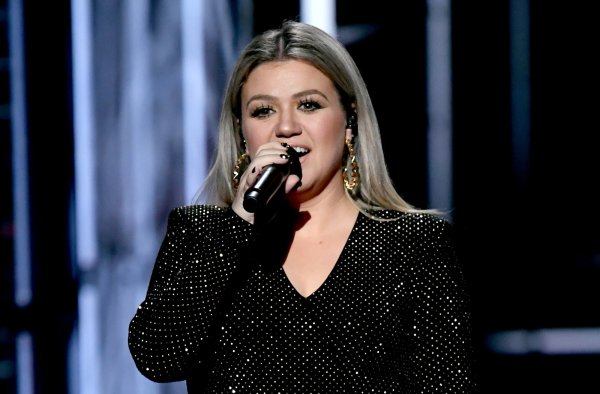 Kelly Clarkson Brought the House Down With This Billboard Music Awards Medley
Next Up: Editor's Pick