This Convicted Murderer Admits He's a Rapist. But Says Police Should Apologize for Calling Him a Serial Killer

Suspected serial killer Arthur Ream said he thinks police in Macomb Township, Mich., owe him an apology for accusing him of murdering four to six girls who have been missing for decades.

Ream, a 69-year-old convicted killer, spoke to the Detroit Free Press from prison last week — admitting that he raped a teenager in the 1970s, but claiming he isn’t the serial killer police have described him as recently.

Warren Police Commissioner Bill Dwyer told the local Detroit paper police had new information that led them to believe Ream may have killed and buried some or all of the missing girls in an area 30 miles outside of Detroit. The new intel was based partially on information they recently received from inmates who are currently in prison with Ream, who claimed he boasted about killing other girls.

“We have a responsibility and with the information developed, we had cause to reason the bodies of several young girls were buried at 23 (Mile) and North,” Dwyer told the Free Press.

The Warren police dug for the girls remains on a property in Macomb Township, but didn’t find anything after several days of searching. The missing girls all disappeared between 1970 and 1982, and ranged in age from 12 to 17, according to the Free Press.

Dwyer said he and the rest of the police department have no plans to apologize to Ream.

“If anybody owes an apology, it’s him and that’s why he’s in prison for life for murder and rape,” Dwyer told the Detroit Free Press. “Why would law enforcement — the Warren Police Department, the FBI, the Michigan State Police — apologize to him? This was a task force. We all believe we have the probable cause. I said our suspect. I always used the word suspect. I never used his name.”

The suspected serial killer denies any involvement in the disappearance of the girls, but is known for toying with police and playing mind games. “I’ve never had anything to do with any of them,” Ream said to the Free Press on Thursday. “There’s absolutely no connection between me and them at all.”

Ream has a history of raping and manipulating young girls, and was already serving a 15-year prison sentence after being convicted of molesting a 14-year-old girl when he was handed his life sentence for murdering Zarzycki, according to the New York Post. Ream was convicted of first degree murder for killing his son’s 13-year-old girlfriend, Cindy Zarzycki, in 1978. He ultimately lead police to her body and showed them where she was buried in 2008. 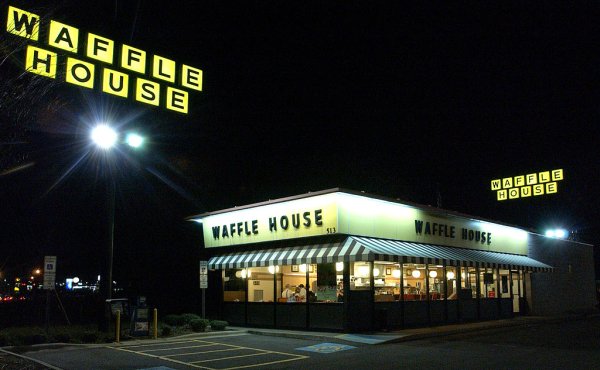 A Young Black Man Was Choked By Police at a Waffle House After Prom — A Cell Phone Video Captured What Happened
Next Up: Editor's Pick