Chef Mario Batali attends a dinner for his foundation on Oct. 15, 2017 in New York City. Batali is reportedly under investigation by the New York Police Department for sexual misconduct
Astrid Stawiarz—Getty Images
By Laignee Barron

Celebrity chef Mario Batali is reportedly under investigation by the New York Police Department for sexual misconduct after former staffers at a restaurant Batali invested in alleged that he assaulted unconscious women at a New York City restaurant.

The ongoing criminal probe was reported by CBS’ ’60 Minutes’ on Sunday evening.

Speaking on the show, women employed at the Spotted Pig, where Batali is an investor, said the restaurateur was given the code name the “Red Menace” because he frequently groped and harassed the waitresses.

One woman, who was interviewed in silhouette to protect her identity, said she was invited to a party at The Spotted Pig. She told ’60 Minutes’ of an incident in 2005 where she remembered drinking white wine alone with him before things got “foggy.”

“I remember a moment where I was on his lap, kissing him. Like, he was kissing me. And then I remember throwing up — in a toilet,” she said.

Around dawn, she woke up on the floor and said she found semen on her skirt.

After calling a crisis hotline, the unidentified woman went to a hospital, but declined to file a police report, so her rape kit was never processed.

In a statement to 60 Minutes, Batali said he “vehemently” denies assaulting the woman in 2005.

A former manager at The Spotted Pig, Jamie Seet, said she witnessed a separate incident three years later. Via surveillance footage, Seet said she saw Batali assaulting an unconscious woman at the restaurant, and intervened to stop it.

“He crossed a line. A huge, a huge line… assaulting someone that’s unconscious,” Seet said, adding that she regrets not going to the police.

After four women accused Batali of sexual misconduct in October 2017 — the same month that the Harvey Weinstein scandal broke — the 57-year-old chef and TV personality stepped away from the day-to-day operations at his restaurant empire and cooking show ‘The Chew.’ Batali remains the owner of his restaurants.

B&B Hospitality Group said in a statement on Tuesday that it was ending its partnership with Batali after the ’60 Minutes’ report.

“These allegations are chilling and deeply disturbing. This was the first we learned of them,” the group said in a statement Monday, adding that the group is “actively negotiating” with Batali to buy his interests in the restaurants and hope to have terms settled by July 1. “We remain focused on two priorities: ensuring that our employees work with equal opportunity and freedom from discrimination; and continuing to give our guests amazing dining experiences.”

Correction: The original version of this story misstated which group of women called Batali “the red menace.” They were staffers at the Spotted Pig, not staffers at one of the restaurants he owns. (Batali is an investor in the Spotted Pig but not the owner.) 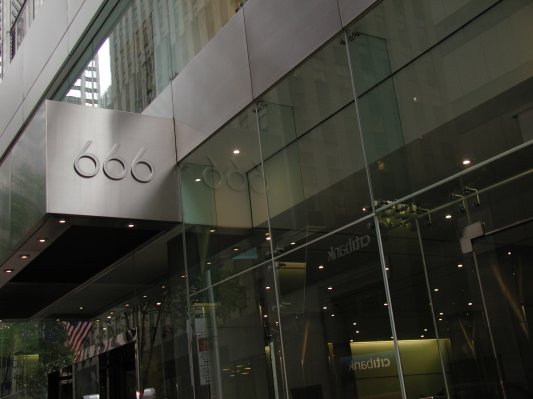 Jared Kushner's Family Has Been Looking for Help With a Troubled Office Tower for Years. Qatar Might Bail Them Out
Next Up: Editor's Pick