A robot bearing an iPad 'received' high school diploma for student Cynthia Pettway, who was unable to leave a hospital, in Mobile, Alabama on May 14, 2018.
Mobile County Public Schools System/Social Media/Reuters
By Eli Meixler

Being laid up in the hospital didn’t stop an Alabama high school student from graduating this week. She just needed a little help — from a robot.

Cynthia Pettway, a senior at LeFlore High School in Mobile, Alabama, missed her high school graduation ceremony Monday in person, but she was able to attend virtually with the help of a robot and a video-linked tablet, NBC-affiliate station WTHR 13 reports.

The inventive workaround, which came about thanks to the school district and USA Children’s and Women’s Hospital, saw Pettway’s robotic surrogate roll down the stage in a cap and gown and receive the diploma on her behalf.

Pettway, 17, was initially doubtful of the plan, she told the BBC. “I didn’t think it was going to work,” she said.

But eventually she came around, piloting the robot herself from a hospital conference room to applause at the ceremony.

“The whole stadium was cheering for me,” she said. “I got emotional. I was crying bad, tears of joy.”

“It was perfect,” added Cynthia’s mother, Rachael Johnson, according a post on the school district’s Facebook page. “We loved it.”

Pettway’s family has not disclosed the nature of her illness, but they have set up a GoFundMe campaign, where the graduate describes the condition as taking “a toll” on her life, preventing her from holding jobs or attending college. 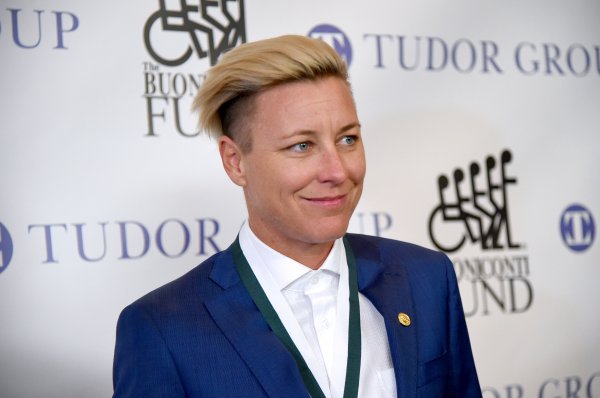