MTV Is Halting Production on Catfish Amid Allegations of Sexual Misconduct

MTV said it is halting production of its popular show Catfish following allegations of sexual misconduct from a former participant by staff members on the show.

“We take these allegations very seriously,” an MTV spokesperson said in an e-mailed statement to TIME. “We’re working with Critical Content, our third party production company, to conduct a thorough investigation and we’ve put a pause on shooting until the investigation is completed.”

Ayissha Morgan, who appeared on Catfish three years ago, uploaded two videos to YouTube earlier this describing her experiences on the show. In the videos, she says that the “main guy” on the show, who she identified as “Jack” repeatedly pursued her, inquiring about her sexuality and trying convince her otherwise when she said she was a lesbian.

Morgan also discussed a separate instance where she said she was sexually assaulted by a female production staffer who she only referred to as Carol. She said the two had been drinking beers and she became significantly inebriated. The producer invited her to her hotel room, claiming she had two beds but she only had one, and Morgan alleges she woke up with the producer on top of her. Morgan declined to provide additional details about the experience with the assistant.

The man Morgan was referring to was widely presumed to be Nev Schulman, Catfish‘s co-host and Executive Producer. Schulman denied the allegations. “The behavior described in this video did not happen and I’m fortunate that there are a number of former colleagues who were present during this time period who are willing to speak up with the truth,” he said in a statement to PEOPLE. “I have always been transparent about my life and would always take responsibility for my actions — but these claims are false.”

Catfish, which premiered in 2012, features Schulman and his co-host Max Joseph traveling the country to tell the stories of couples who meet in real life for the first time after striking up romances on the internet.

Morgan said she publicized her experiences to prevent it from happening to other people. “I was gonna take this video to the grave and I realized that I can’t do it, for my sanity,” she said, recalling how she fell into depression, which occasionally still plagues her, after the incidents. “I’m never gonna be able to get closure or be able to move on unless I put what happened out there.”

Critical Content, who MTV said they were working with, referred comment to Viacom, the parent company of MTV. 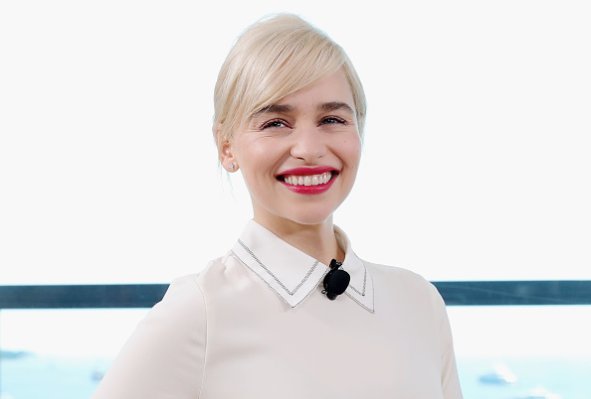 'Daenerys Is So Much a Part of Who I Am.' Emilia Clarke Talks the Ending of Game of Thrones
Next Up: Editor's Pick