Two people died and 43 were injured after a school bus traveling to a field trip collided with a dump truck on a New Jersey highway on Thursday.

The collision occurred along Interstate 80 in Mount Olive, New Jersey. The bus’s front end appeared to have torn off, and its undercarriage was ripped away. The red dump truck that collided with the bus was registered with Mendez Trucking, and appeared to have a mangled front end.

One teacher and one student died in the crash, officials said at a news conference. The teacher has been identified as 51-year-old Jennifer Williamson and the student was described as a young female, according to the Northern Valley Daily Voice.

Emergency personnel work at the scene of a school bus and dump truck collision, injuring multiple people, on Interstate 80 in Mount Olive, N.J.,17 May 2018
Seth Wenig—AP/REX/Shutterstock

Here’s what to know about the school bus crash so far.

What happened in the New Jersey school bus crash?

A school bus with 38 students and seven adults was traveling from East Brook Middle School to Waterloo Village, a restored 19th century town and popular field trip destination located about 5 miles from the crash, when it collided with a red dump truck along Interstate 80 on Thursday morning. The bus was one of three taking students on the field trip. The two other buses were not involved in the crash and were sent back to the school.

The students were on the way to Waterloo Village from the middle school when the bus crash happened. The collision between the bus and dump truck caused the school bus to rip apart, tearing off the front end and undercarriage. The dump truck’s front end was also mangled. A teacher and a student died in the bus crash, officials said in a press conference Thursday.

Theo Ancevski, an 11-year-old student riding on the bus who was not injured, told the AP he was sitting in the fourth row from the front when it crashed.

Ancevski told NorthJersey.com that he escaped through the emergency exit. His father Pavle said he received the call about the accident while he was at home in New York City. “We’re thankful to God that everything was OK,” his father told NorthJersey.com. “I hope the other kids are OK because we have no information about them.”

Where did the New Jersey school bus crash occur?

The school bus and dump truck collided on I-80, west of exit 25 in Mount Olive, New Jersey, NJ.com reported. An aerial map view shows where the crash occurred:

How many people were injured in the New Jersey school bus crash?

Forty-three of the 45 people on the bus were injured in the collision, including both adults and students. Murphy said 21 victims were taken to Morristown Medical Center, 10 were taken to Hackettstown Medical Center, three to St. Clare’s Dover Hospital, four to St. Clare’s Denville Hospital, three to the University of Medicine and Dentistry in Newark and two to St. Joseph’s Health.

Murphy said some patients were in critical condition and undergoing surgery.

The National Transportation Safety Board said it is gathering information about the crash. 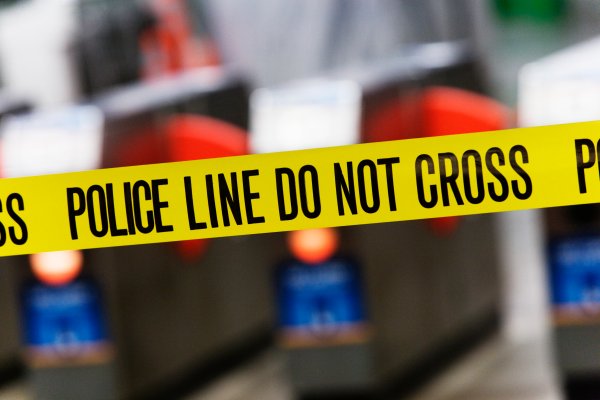 New Jersey's Mystery High School Pooper Turns Out To Be School Superintendent
Next Up: Editor's Pick