Why Calling Donald Trump an 'Animal' Doesn't Fix Anything

President Donald Trump listens during a meeting with California leaders and public officials in the Cabinet Room of the White House in Washington, D.C., on May 16, 2018.
© 2018 Bloomberg Finance LP
Ideas
By Katy Steinmetz

When President Donald Trump sat at a roundtable on Wednesday and referred to certain immigrants as “animals,” he was engaging in a practice that has been around for millennia. Go back to ancient Mesopotamia and there are examples of people using language to describe other humans as something less than human, whether insects or parasites or donkeys. “It really goes back to the beginning of history,” says David Livingstone Smith, a professor of philosophy at the University of New England. And, he says, it’s always been a dangerous way of thinking.

Trump has since insisted on a distinction, even as Mexico has protested: He wasn’t talking about all undocumented immigrants but only those who are members of the gang MS-13. Smith, who wrote a book called Less Than Human: Why We Demean, Enslave and Exterminate Others, says that doesn’t justify the language Trump used (which he has deployed many times before). “Part of the psychology of this sort of thing is that people generalize,” he says. What happens when a powerful figure like the President makes that comparison, Smith explains, is essentially people think, immigrants = evil = monsters.

Many people who were offended by Trump’s language in turn made dehumanizing comments of their own on Twitter, saying that Trump — or anyone who continues to support him — are the real animals. But that is falling prey to the same bad instinct. “We often dehumanize the dehumanizers, as if to say, ‘This has nothing to do with us,'” Smith says, “and that really prevents us from understanding that we’re all vulnerable to forming these kinds of derogatory attitudes towards others.” Smith suggests that sets us back in eradicating this kind of behavior altogether.

One reason that experts raise flags about such language is that dehumanizing words are often precursors to sticks and stones, because they “disable inhibitions against acts of harm,” as Smith puts it. “We are permitted to treat non-human animals in ways that are impermissible in the treatment of human beings,” he says. “People can roast pigs but they can’t roast their mother.”

Genocides throughout history have involved the victims being compared to something subhuman. Germans used the word Untermenschen, which literally means subhuman, to describe Jews while making plans to exterminate them. During the Rwandan genocide, Tutsis were described as “cockroaches.” More recently, Buddhist monks in Myanmar have been describing the persecuted Rohingya population as reincarnated snakes and scorpions — all of which can enable the attitude that certain groups are to be dealt with using the same guiltless violence one inflicts on pests. It’s easy to see how this works when considering an opposing example: activists crusading to have animals granted the legal status of “personhood” with hopes that humans would treat them with more respect and care.

Dehumanizing language can help enable policy changes too. Sociolinguist Ben Zimmer recalls the example of “superpredator,” a word popularized by a Princeton academic in 1995 to describe juvenile criminals — and a term Hillary Clinton was criticized for using back in the ’90s. That label likened violent youth to predatory animals, beings that other humans must protect themselves from by asserting their more dominant place in the hierarchy. (It became particularly associated with African-American youth.) As Retro Report explains in the short documentary The Superpredator Scare, that framing helped the passage of state laws that made it easier to treat juveniles as adults in courts, even though the data about the perceived threat of “superpredators” proved overblown.

This is one of the key concerns surrounding Trump’s “animals” comment: that it will enable policies that are less humane by spreading the idea that there is some species-level difference between people who have citizenship and those who don’t. “It’s of a piece with other dehumanizing rhetoric that Trump has used to appeal to his base and their anxieties about immigration,” Zimmer says. “It’s the same kind of moral panic.”

That association is only helped along by “alien” language already in use, as well as the fact that immigrants tend to speak languages other than English. After all, speech is a defining feature of the species, and it’s easier to deny someone the dignity of viewing them as part of the species if they don’t speak your tongue. Zimmer notes that the roots of the word barbarian are related to the word babble, a pejorative label that conjures disdain for “the unintelligible speech of foreigners.”

Some researchers have suggested that having dehumanizing attitudes toward other groups may have neurological effects, dampening empathetic responses in the brain. While academics have debated that idea, Smith says that this old habit persists precisely because its effect on our minds can be so strong. Humans are a highly social species, “and for any social animal, there have to be very strong inhibitions against lethal violence in the community, because you can’t maintain a social way of life if you’re at each other’s throats,” he says. Yet humans can also come to see how violence could be advantageous, whether it allows them to take someone else’s land or exploit their labor. “So over the millennia, we’ve developed ways of disabling those inhibitions,” he says, one of which is dehumanizing other people so individuals can “express certain impulses that you would normally keep under wraps.”

World War II provides more examples than the obvious one. The Americans dehumanized the Japanese before they dropped nuclear bombs on them, Smith says. (And, he adds, they actually dehumanized the Germans less because of racial similarities.) The Japanese in turn dehumanized the Allies. And there are countless people who have denied the humanity of Adolf Hitler. It makes sense: humans don’t want to believe one of their own is capable of such atrocities. But Smith argues that by making exceptions — by being dehumanizing to others when it feels righteous or popular or even right — is still breathing life into a generally destructive habit.

“No matter how heinous someone’s crimes are, they’re still human beings,” he says. When people who are angry about Trump’s comment then go and paint him as a beast, “that doesn’t help us to manage this terrible problem,” Smith adds. “If we want to prevent dehumanization and the atrocities that flow from it, we really need to accept how vulnerable we are to slipping into that way of thinking.” That impulse doesn’t make someone a bad person, Smith adds, but once that way of thinking is established, it is hard to control. 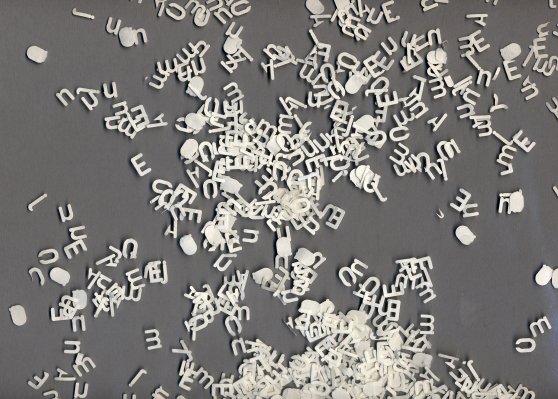 How Learning New Words Could Make You Happier
Next Up: Editor's Pick