U.S. President Donald Trump speaks during a meeting with California leaders and public officials who oppose California's sanctuary policies in the Cabinet Room of the White House May 16, 2018 in Washington, D.C.
Pool—Getty Images
By Nash Jenkins

President Donald Trump suggested Thursday that the F.B.I. under President Barack Obama had embedded an informant within the Trump campaign in 2016.

The President attributed this claim to Andrew McCarthy, an editor at the conservative National Review. In a recent column, McCarthy said that Glenn Simpson, the co-founder of an intelligence firm, Fusion GPS, that compiled research on Trump during the campaign, had testified to the Senate that the F.B.I. had a “human source” within the campaign. (According to McCarthy, Simpson later backpedaled, saying that he had mischaracterized what his source, the former British intelligence agent Christopher Steele who aided Fusion GPS with its research, had told him.)

“Wow, word seems to be coming out that the Obama FBI SPIED ON THE TRUMP CAMPAIGN WITH AN EMBEDDED INFORMANT,'” Trump tweeted. “Andrew McCarthy says, ‘There’s probably no doubt that they had at least one confidential informant in the campaign.'”

“If so, this is bigger than Watergate!” he concluded.

According to Simpson, Steele had met with the F.B.I. in the fall of 2016 to discuss his concerns about Russian interference in the election. The agency told him they were already on it.

Trump has long been convinced that the Obama White House attempted to somehow stymie his effort to become president in 2016. Shortly after his inauguration last year, he claimed that his predecessor’s administration had wiretapped Trump Tower during the campaign — a claim eventually refuted by the Department of Justice following an investigation. 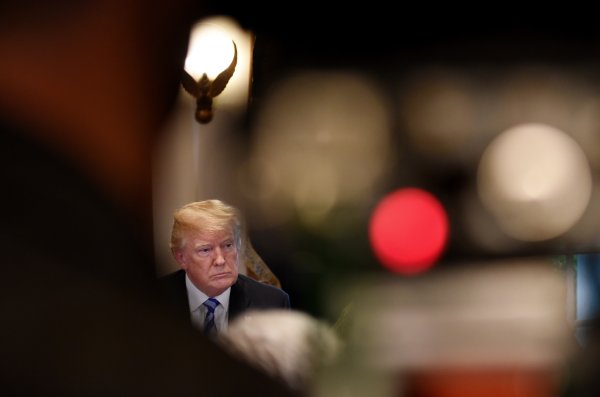