Pulitzer Prize-Winning Playwright Lynn Nottage on Her New Play, the Browning of America and Animal Rights

Lynn Nottage The Pulitzer Prize–winning playwright on her new production, the browning of America and why she isn’t a journalist
Walter McBride—Getty Images
By Eben Shapiro

The Pulitzer Prize–winning playwright on her new production, the browning of America and why she isn’t a journalist

You wrote your first play when you were 8 years old. What was it about?

It probably had a prince and a princess in it, and it probably involved my brother, who was my first actor. And it was probably greeted with robust applause because the audience was my parents and their friends.

You worked as the national press officer for Amnesty International after graduate school. Did you ever consider working as a reporter?

I did contemplate a career as a journalist. I worked part-time for the Phoenix [a since-closed community newspaper in Brooklyn]. They had a section, “Amusing Crimes Committed by People,” that I gathered from police logs. We all come to those forks in the road. I just loved making theater more than I loved covering stories on a day-to-day basis. There was something about the magic of theater that enticed me. I could remain in a place of infinite imagination. I felt very confined by journalism. There’s a part of me that always wanted to paint outside the lines.

Your play Sweat, which is about a depressed factory town, documents the conditions that led to Donald Trump’s election. Did you expect him to win?

I don’t think any of us expected him to win. What didn’t surprise me was the level of dissatisfaction and anger. I knew that there was going to be some form of cultural upheaval. I didn’t know that it would come in the form of Donald Trump. I don’t think it’s entirely economic. I think it’s about the browning of America. Trump is the outward manifestation of white male panic.

Mlima’s Tale, your new play at the Public Theater in New York City, is about an elephant trapped in the international ivory trade. How did you become interested in animal rights?

I came to the story through Kathryn Bigelow [who made a short animated film on ivory poaching in 2014]. She wanted to do something more visceral than making a film, and I said, “Why don’t we do a piece of theater?” She sent me reams of research.

Traditional proverbs are projected on the stage backdrop at different times during the play. How long have you been collecting those sayings?

They were very specifically researched for the play. It took some time to find the right sayings and the right proverbs. I see the play as being a distorted folktale, a cautionary tale. In African culture, there is a long tradition of teaching through folktales that have animals at the center.

Do you have a favorite?

I like the one that begins and ends the play: “The thunder is not yet rain.” The thunder is forecasting the coming of the storm. When you hear the thunder in the distance, it gives you time to prepare.

In addition to featuring a gripping story, the play mixes movement, color and music. How much of that was in the script?

We decided from its inception that Mlima’s Tale would be a collaborative piece, and we had a very open process. It’s the result of a very beautiful collaboration between artists.

How far do you think society has come, and how far does it have to go?

In the last three years, there has been tremendous progress. There are storytellers like Shonda Rhimes and Ava DuVernay–these women have forcefully carved out a space for our voice. That said, there is a glass ceiling. There are places where we aren’t as welcome. Broadway is one of those places. There is still an uphill battle to get our names on the marquee. 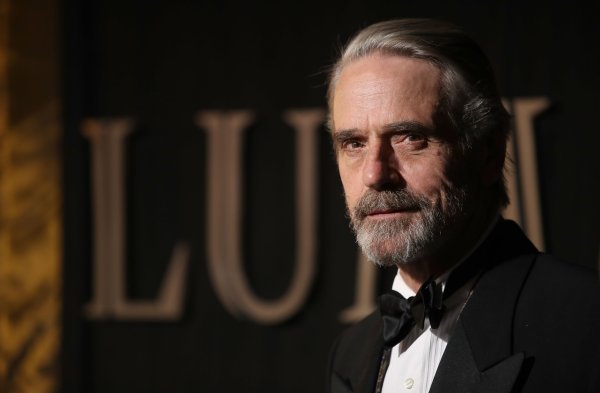 Jeremy Irons on Eugene O'Neill, Forgetting Lines Onstage and His Favorite Villain to Play
Next Up: Editor's Pick