A Florida Man’s Death Was Caused by an Exploding E-Cigarette, According to His Autopsy

In this photo illustration, a man smokes an E-Cigarette in London on August 27, 2014.
Dan Kitwood—Getty Images
By Eli Meixler

An exploding e-cigarette caused the death of a 38-year-old man in Florida earlier this month, according to a county medical examiner.

According to the Tampa Bay Times, rescuers were called to a home on May 5 that had caught fire, and police were investigating whether the blaze was caused by an e-cigarette explosion.

D’Elia, whose death has been ruled “accidental” by the Pinellas County Medical Examiner’s Office, was discovered by firefighters with burns covering 45% of his body, according to WTFS.

The case is the first death determined to be caused by an e-cigarette in the U.S., according to the Federal Emergency Management Agency (FEMA), which had previously recorded no deaths related to e-cigarette-caused fires or explosions.

According to a July 2017 FEMA report, e-cigarette explosions are uncommon, but “the consequences can be devastating and life-altering for the victims.”

In particular, the report cited the use of lithium ion batteries in electronic cigarettes as “a new and unique hazard” that can cause the tobacco-less pens to “behave like ‘flaming rockets'” if the battery fails.

The e-cigarette responsible for D’Elia’s death, Smok-E Mountain Mech Works, is an unregulated modified model that is advertised online as lacking safety features, according to WTFS. Other e-cigarettes contain features to prevent the devices from overheating. 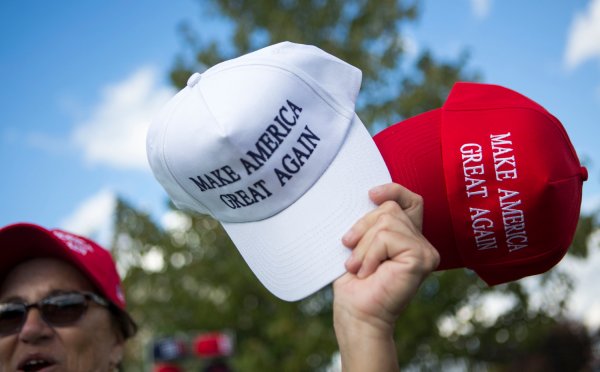 2 Cheesecake Factory Employees Are Out After Comments About Customer's MAGA Hat
Next Up: Editor's Pick