On Monday, the U.S. opened an official new embassy in Jerusalem amid violence in Gaza and diplomatic shockwaves that rippled across the globe. To preside over the opening, President Donald Trump sent his daughter Ivanka Trump and her husband Jared Kushner. And Late Show host Stephen Colbert couldn’t let the occasion pass without marking it with some searing humor.

“Israel is not alone. There’s a bunch of other people who live there too. They’re the angry ones,” he started off. “The president couldn’t be there himself, because — you know — the angry people. So instead he sent Peace Treaty Barbie and Collusion Ken,” Colbert’s nicknames for Ivanka and Jared.

Colbert doesn’t seem optimistic about the future of the Jerusalem plan, either. “It’s like the saying, when the house is finally burned down, we’ll look back and remember this journey started when we decided to install a deep-fat fryer in the living room,” he joked.

“Certainly feels like he’s on us. I think we all get $130,000 now,” Colbert quipped, alluding to the Stormy Daniels allegations. “That’s the price, right? I won’t say anything.” 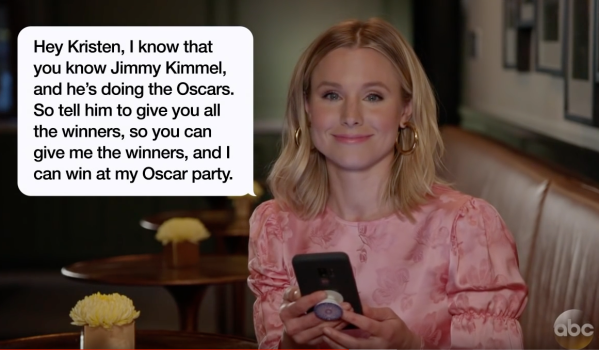 Celebrities Reading Funny Texts From Their Moms Are At Their Most Relatable
Next Up: Editor's Pick