Venezuelan President Nicolas Maduro waves to his supporters during a rally in Caracas, Venezuela on Jan. 23, 2018.
Anadolu Agency—Getty Images
By Eli Meixler

A regional association of North and South American nations has called on Venezuela to suspend an election planned later this week, criticizing the poll as “illegitimate and lacking in credibility.”

In a joint statement Monday, the Lima Group criticized the current Venezuelan government led by President Nicolás Maduro and warned of “actions” if the May 20 vote was held as scheduled, Reuters reports.

The association was formed in the Peruvian capital last year to address the spiraling political and humanitarian situation in Venezuela.

Argentina, Brazil, Canada, Chile, Colombia, Guatemala, Honduras, Mexico, Panama, Paraguay, Peru, St. Lucia, Spain and the U.S. all signed the joint statement, though not all are formally part of the association.

“The (Lima Group) is making a final call to the Venezuelan government to suspend the general elections planned for May 20, as they have been called by an illegitimate authority,” said Mexican Foreign Minister Luis Videgaray reading the group’s statement.

According to Reuters, foreign and finance ministers of most Lima Group countries convened in Mexico City and said they would consider individual or collective actions on diplomatic, economic, financial or humanitarian levels, but provided no further details.

Venezuela’s main opposition party, which has been barred from contesting, has also announced a boycott. The opposition has referred to the poll as a farce meant to legitimize Maduro’s “dictatorship,” according to Reuters.

Washington has blamed Maduro and his administration for hyperinflation and frequent shortages of food, medical supplies and other essential goods. 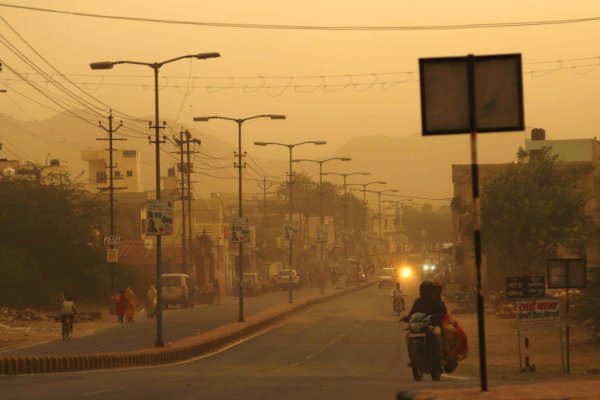 Over 86 Dead, 100 Injured in India Sand and Thunderstorms
Next Up: Editor's Pick