Millions of Americans are expected to tune into Prince Harry and Meghan Markle’s royal wedding on Saturday — 23 million Americans tuned in to watch the wedding of Prince William and Catherine, the Duchess of Cambridge, in 2011. But some stateside super fans are taking it a step further and heading straight to Windsor for the royal wedding.

Kristen Meinzer, Kristin Contino and Christine Ross are just three of the so-called royal family watchers heading across the pond to Windsor, England, to celebrate Meghan and Harry’s royal wedding just a stone’s throw from the happy couple themselves. Here are their stories:

For Kristen Meinzer, who grew up in Minnesota and now lives in New York, watching Prince Charles and Princess Diana Spencer’s 1981 wedding on television was a formative moment. “I think that may be the first wedding I was ever aware of outside of Disney fairy tales,” she told TIME. “And that’s where I got all of my knowledge about what happens at traditional weddings — you wear a white dress, you maybe ride in a carriage.”

Meinzer’s late mother and late grandmother were both anglophiles, who loved reading the tabloids and hearing about the latest royal family news. Her mother was even a member of an Eastenders fan club — a long-running British TV soap. “It’s no surprise that between those two I ended up becoming a little bit obsessed with the royals from a very young age,” she says.

As a director for the podcast network Panoply and a seasoned podcaster, starting up a royal wedding-themed podcast was a natural next step for Meinzer after Prince Harry and Meghan Markle’s relationship began looking serious. Meinzer partnered up with James Barr, a flame-haired Brit and huge Prince Harry fan based in London and the pair together launched When Meghan Met Harry: A Royal Weddingcast.

Meinzer is heading to Windsor for the wedding with her podcast co-host Barr. “I’ll be talking with locals about how exciting the day is and giving some interviews to the press,” Meinzer said. “But mostly I’ll just be celebrating love. And knowing that the rest of the world is going to be celebrating too.”

Kristin Contino, a self-proclaimed “royal watcher” and anglophile from King of Prussia, Philadelphia, says she’s been passionate about the royal family since she was a young girl. Her love for all things royal was inspired by her mom, a huge fan of Diana Spencer who even named Contino’s sister after the late Princess of Wales.

Contino’s obsession with England and the royal family was enhanced by a period studying abroad in London. “When I moved to London I felt a real connection to the city,” the 37-year-old says. “I loved living there and felt really at home. That’s when my love started to grow.”

Now Contino, a fiction writer and website editor, has managed to turn her passion into a business with Royally Broke, a fashion and lifestyle blog featuring budget-friendly styles inspired by Kate Middleton and Meghan Markle. Contino launched the site around the time that Prince Harry and Meghan Markle’s engagement was announced and it’s gone from strength to strength.

“I thought of starting a Meghan Markle blog, but there are so many of them already out there,” she says. “I wanted to make something that was more of a royal lifestyle blog, to show Americans how they can dress like Kate and Meghan and get inspiration from their styles.”

Contino is heading to the London and Windsor to celebrate the May 19 royal wedding in style. “Americans are really excited because Meghan’s ‘one of us’,” she says. “There’s this whole novelty factor of an American joining the royal family — it’s nothing like I’ve seen in my lifetime and, as Wallace Simpson was never technically a royal, this is a real first. People are so excited to see what Meghan will bring to the table.”

Unlike Meinzer and Contino, Christine Ross’ interest in the royal family wasn’t sparked until adulthood. “I wasn’t so much interested in them as a young girl, it came later,” she says. “I went through some situations that the Duchess of Cambridge went through — she went through a big public break up and had to land on her feet and I had gone through a similar situation and was really inspired by the way she handled it with such poise.”

Ross and her blogging partner have forged a successful career out of tapping into America’s obsession with the royal family. The pair run three websites: What Would Kate Do?, which seeks inspiration from the life and style of the Duchess of Cambridge , Dress Like a Duke, which chronicles the style of royal males, and, most recently, Meghan’s Mirror, which focuses on the former Suits star’s “chic, classic and casual style.”

Ross, who lives outside Washington D.C., is in Windsor on May 18 and 19 where she will be working with a couple of U.K.-based and international networks as a royal expert.

“I’m really looking forward to learning about the wedding dress,” Ross says. “We write so much about fashion and there’s such a huge amount of buzz around the dress that Meghan will choose. I’m excited to see which designer she’s gone for and which style — she’s definitely been keeping us on our toes!” 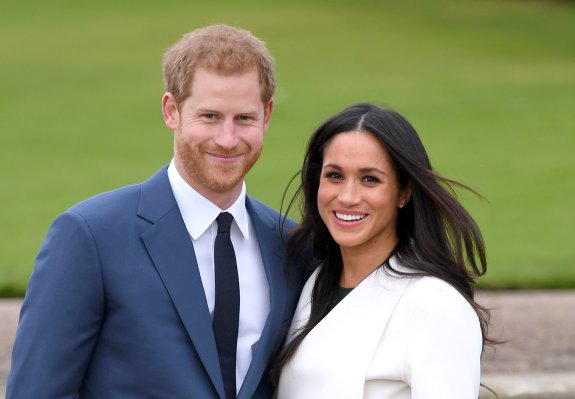