A White Yale Student Called the Cops on a Napping Black Student. Police Said She Had 'Every Right to Be There.'

After Yale University Police questioned a black graduate student for more than 15 minutes, they told the white schoolmate who called the cops on her for napping in a common area that she “had every right to be there.”

Yale police detailed the encounter in a statement Thursday amid uproar over the latest instance where a white person called the police on a person of color in an otherwise everyday situation.

“I deserve to be here, I pay tuition just like everybody else. I’m not going to justify my existence here,” Lolade Siyonbola, the graduate student who was napping in her dorm’s common room, said during her interaction with the police, according to a live video she posted on Facebook in the early hours of Tuesday morning. “That’s not even a conversation.”

Siyonbola’s video garnered over 1 million views and promoted demands on Yale’s campus for a more inclusive environment as similar instances occur around the country. In a statement Thursday, Yale Police Chief Ronnell Higgins said officers responded to a call at 1:40 a.m. when a student, identified by the Washington Post as graduate student Sarah Braasch, reported a person she did not know was sleeping in the dorm’s common area. Three police officers went to the scene, where they questioned the two students separately. Siyonbola’s computer, books, notebooks, a blanket and a pillow were in the common room with her, the police reported.

After confirming Siyonbola’s residency and status as a student, police spoke to Braasch. “They informed the caller that the student who had been in the common room was an authorized resident and had every right to be there,” Higgins said in the statement.

“They also explained that this was not a police matter,” he added.

As documented by her live video, Siyonbola confronted the student who called the police, another graduate student.

“I have every right to call the police,” she said in the video. “You cannot sleep in that room.”

The university called the incident “deeply troubling” and emphasized the need to create a more inclusive campus in an email to students Wednesday, according to the Yale Daily News. Kimberly Goff-Crews, the school’s secretary and vice president for student life, said police “admonished the complaining student that the other student had every right to be present,” the Yale Daily News reported.

The incident on Yale’s campus came amid a growing number of instances where the police have been called on people of color in seemingly everyday occurrences. Last month, a Starbucks manager called the police when two black men sat in a Philadelphia store without ordering anything. The high-profile incident prompted Starbucks to announce a company-wide racial bias training program, and the two men settled with the city for $1 each and the launch of a $200,000 program for aspiring entrepreneurs.

Earlier this week, three black women were met with police vehicles when they exited their Airbnb in California after a neighbor called the cops. One of the women detailed the encounter in a Facbeook post, and local police said the women were released without incident.

“We have been dealing with different emotions and you want to laugh about this but it’s not funny. The trauma is real,” the woman wrote. “I’ve been angry, frustrated and sad. I was later detained at the airport. This is insanity.” 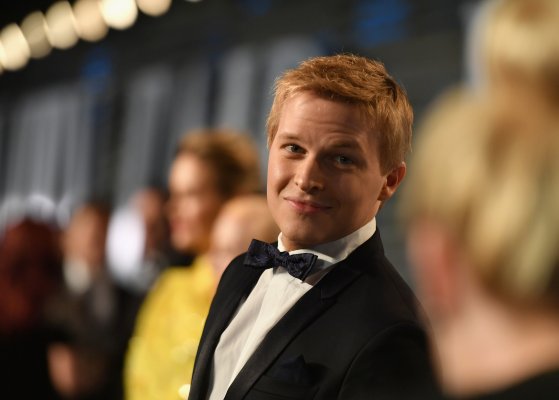