'This Is A Game Changer.' Political Candidates Can Now Use Campaign Money for Childcare Costs

The Federal Election Commission ruled Thursday that candidates can now use funds from their campaign coffers for childcare expenses.

Liuba Grechen Shirley, who is running for Congress in the 2nd District of New York and had sent the request to the FEC last month, hailed the unanimous ruling as a groundbreaking decision for future candidates with young children. “This is a game changer for women and parents,” she wrote on Twitter with a photo of her, her husband and their two young children.

In a letter the FEC received on April 3, Shirley had asked to use campaign funds for childcare, explaining that she used to be the sole caretaker of her two children when she worked from home prior to announcing her candidacy. But once she launched her campaign, she had to hire someone to care for her kids part time once — a need that she said would only intensify as the race heats up.

Based on the request, the commissioners decided the regulations established by the Federal Election Campaign Act would not prohibit Shirley from using funds for childcare. Using the money this way would not fall into the prohibited category of “personal use,” because she wouldn’t have to pay for childcare if she wasn’t running for Congress.

The commission has previously ruled campaign expenses could be used for childcare, when Congressman Jim McCrery asked if he could use the funds when his wife was attending events with him. But Shirley is the first female candidate to bring the issue to the FEC.

The FEC’s ruling comes amid a record number of women like Shirley running for political office, which was recently detailed in a TIME cover story. Among those who commented on the request from Shirley was former Secretary of State and Presidential candidate Hillary Clinton, in a memo written on her behalf by her attorney Marc Elias. “Young women like Ms. Shirley are now running for office in record-breaking numbers. For young mothers like her, the ability to seek office hinges on access to child care,” Elias wrote. 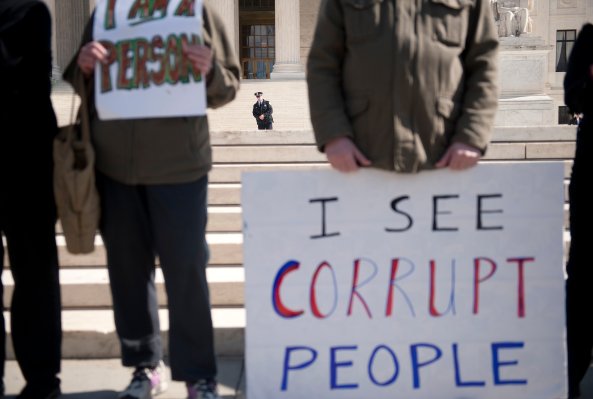 Liberals Want to Overturn Citizens United. A New Study Shows Conservatives Do Too
Next Up: Editor's Pick