The first song off of the upcoming Mamma Mia! Here We Go Again movie, due out in theaters in July, has just been released.

“When I Kissed the Teacher” is an ABBA deep cut from 1976 album Arrival; old school fans of the Swedish pop superstars will know it, but everyone else should quickly catch on to the signature upbeat vibe and playful singalong lyrics. And, yes, it’s about kissing a teacher. The accompanying video shows off Cinderella actress Lily James — who’s starring in the movie sequel as a young Donna — singing and dancing enthusiastically through a school graduation ceremony, backed up by the other two ladies of the singing group the Dynamos.

ABBA’s own Benny Andersson is credited with producing and arranging the movie’s soundtrack, so you know they’re sticking to the group’s roots. But fans also received good news last week, when ABBA announced they’ve recorded two brand-new songs set for release soon, their first new music in over three decades. While ABBA has always been popular, their music gets a pop culture boost thanks to the longtime success of the stage version of the Mamma Mia! musical, which uses only their tunes, as well as the 2008 movie of the same name.

Mamma Mia! Here We Go Again stars Meryl Streep, Amanda Seyfried, Pierce Brosnan, Colin Firth and the rest of the gang together once more onscreen for a musical romp on a picturesque Greek island — plus a cameo from none other than Cher. The soundtrack is out July 13, and the movie hits theaters a week later. While it will be hard to match the perfection that is “Dancing Queen,” “When I Kissed the Teacher” is a good reminder that the ABBA catalogue is packed with hits. 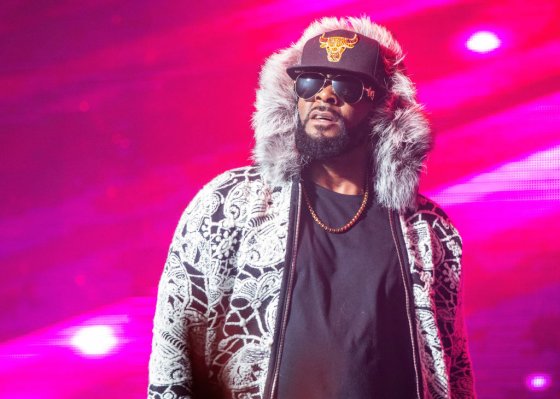 Spotify Bans R. Kelly From Playlists
Next Up: Editor's Pick