Francis Ford Coppola on Art, Immigration and Going to School with Donald Trump

The filmmaker on making art in Hollywood, immigration and going to Donald Trump’s school

Wine, hotels, films are all businesses in which you’ve had success. What has one taught you about the other?

It’s all show business. Show business is a little derogatory, but it really is what it is. And even to the Greeks in the great golden age of Sophocles, it was still show business. The fact that I’ve not been stuck in one of those fields has given me a perspective about how things that are common in one but unknown in the other might be useful. It’s a sort of self-refreshment.

When young filmmakers go to you for advice, what do they ask and how do you answer?

They all ask, “How do I get started?” And I always ask them, “Who do you want to be? Do you want to be Steven Spielberg, or do you want to be Jim Jarmusch?” Because they’re very different professions. Although Spielberg has made beautiful, artistic pictures as good as any, he had an instinct for what the big public would want. Whereas Jarmusch, he makes these little art films, and they don’t make a ton of money, but they’re also very beautiful. So you gotta decide, Are you gonna shoot for that big studio picture or something else?

How do you see technology changing the movie industry?

Soon the whole movie industry will be owned by companies like Amazon and Apple. For two reasons: One, they got the money. They can buy it. Two, they need the content. Because, believe me, social media is not lasting content. The trouble is that they’re using their algorithms to categorize. I don’t think art can be made that way. I have said before, You cannot make art without risk any more than you can make babies without sex. What they’re trying to do is take the risk out of making movies. Risk is a necessary element to making art. But I may be wrong.

Among other things, The Godfather is about immigrant aspiration and assimilation in America. What do you think about the conversation the U.S. is having about immigration now?

If America is great, it’s because it was a country of immigrants. Even the Native American is an immigrant. So to turn our backs to immigrants today is more than absurd. The state of California, if we didn’t have Mexico, we couldn’t have had a California. Today what the Mexican people contribute to the state is so profound. Our wineries fly the Mexican flag along with the California flag and the U.S. flag. To many of our employees, it makes them feel appreciated, and they should be.

A lot of your films are influenced by fiction. Is there any book you’ve wanted to work from that you haven’t?

Spring Snow by Yukio Mishima. It’s the first book of the tetralogy the Sea of Fertility. It’s a story so tantalizingly intriguing, and it deals with a very human thing: how we have this strange wiring where we reject the thing that we love, and the consequence of rejecting that, having to live with the fact that you did that. We do that all the time. We do that with our families, we do that with our children, with our parents.

Is there a movie in the family saga taking place in the White House right now?

Well, I know Donald Trump. I went to the same military school as him. He was a 13-year-old rich kid going to a boarding school. Over the years, I must say he really didn’t impress me as being as awful as he’s evolving. It makes me wonder why that’s happening. What they say in the never-ending news cycle is that these are psychological insecurities causing bad qualities to come out. He wasn’t such a bad guy 20 years ago. But I never knew him really well. 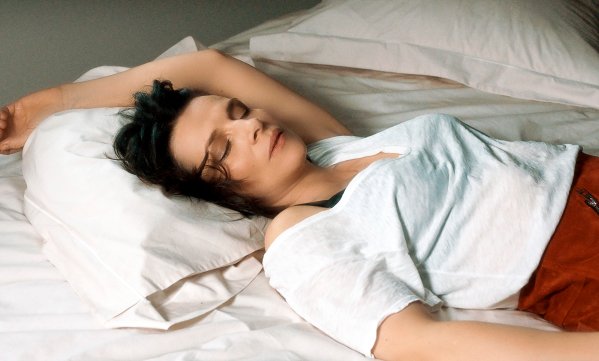 Juliette Binoche Glows in Bittersweet Let the Sunshine In
Next Up: Editor's Pick