Getty Images (4)
Ideas
By Jill Filipovic
Filipovic is a lawyer and writer.

Just about any human being has the ability to change, which is why our justice system sometimes claims to offer a chance at rehabilitation after retribution. But what about those who never face legal consequences? What about the ones who, instead, are tried in the court of public opinion?

Nearly all of the famous men felled by actions brought to light by the #MeToo movement face lesser consequences than the men who have served out prison sentences for what are in some cases similar accusations. Not being able to host a TV show, run a restaurant or embark on a comedy tour is not the same as being kept from getting even minimum-wage work, renting a home or voting. At worst, powerful men have lost their absurdly high-paying jobs and watched their social status take a hit. None, save for Bill Cosby, are facing any criminal penalties. None have truly been deprived of their freedom–and some are already hoping for a comeback.

It may seem unlikely that the public–and women in particular–will re-embrace men like Harvey Weinstein, Charlie Rose or Matt Lauer, or New York Attorney General Eric Schneiderman, who resigned on May 7 after four women accused him of physical abuse (which he denies). But Mike Tyson, who was convicted of raping an 18-year-old girl, has become comic relief in movies. Chris Brown beat up his girlfriend; he now has a hit song in which he casually mentions his “controversial past.” Over a dozen women have publicly accused Donald Trump of violating them; he is the President.

Losing one’s liberty–going to jail, being on probation or spending one’s entire life on a sex-offender registry–is a serious penalty, and so the requirements to warrant it are high: a legal finding that one is guilty beyond a reasonable doubt, and a presumption of innocence until and unless that finding is made. But for the powerful, criminal convictions are rare, in part because these people have better tools to work the justice system and rarely fit the stereotype of a convict. So the court of public opinion ends up being where accusations–and just as often, accusers–are tried.

The presumption of innocence does not extend to the court of public opinion, though, precisely because the public alone can’t jail anyone. This space is all we have to levy punishment, and so the burden falls on each of us to make fair rules and ensure that we exact extralegal penalties only when there is clear and convincing evidence of guilt.

This is bound to be an imperfect system. There is no such thing as time served after a conviction in the court of public opinion, which makes fairness a concern–one further muddled by the breadth of misdeeds encompassed by #MeToo. Not every transgression deserves the same punishment. Yet while the accused should not be treated like the criminally convicted (and they aren’t), having people pay no penalties at all, despite huge volumes of evidence against them, seems infinitely worse.

Demanding that women exchange sexual favors for career opportunity is another type of violation, as is punishing them when they refuse. But while those acts are exploitative, they’re unlikely to land a man in criminal court. (Ashley Judd is currently testing the civil system against Weinstein.) Situations like these reveal the value of social punishment, including professional blackballing.

Abusing one’s power, and abusing other human beings, should come with consequences. Just as doctors who use their prescribing power to peddle drugs should lose their licenses, men who may have used their positions of authority to sexually objectify or even assault women should not have jobs that give them the power to make or break the careers of female subordinates. Even if we soften the truth of their assaults by characterizing them as “groping” or “grabbing.” Even if this sentencing exists outside the legal system.

Instead of strategizing their returns, these famous men should think about what it truly means to make amends. Of course, if the whole thing is a frame-up, men should vigorously defend themselves. But so far, none of these high-profile stories have offered sufficient evidence to disprove the allegations against these men. And so they can start with an honest public accounting and a sincere apology–not just an “I’m sorry” with caveats that the details are wrong. They could ask the women who devote their lives to thinking about this: How can I right this wrong? They can compensate those to whom they ask that question. They can be open to the answer being “Retreat from the public eye.” They can tamp down their egos enough to realize that quiet, kind lives are often very good lives. They can make peace with the fact that their version of a quiet life may be one in which they are occasionally “the guy who used to be on TV” or even “the #MeToo guy” to a passerby. They can recognize that they may never be publicly redeemed, but that private transformation is always possible.

We can use this fundamental understanding to shift from asking “When and how do we let these men return to power?” to examining the power structures that enabled their abuses–including the assumption that these men are a public necessity. We can demand dramatic changes to our institutions and our culture, including the creation of clear policies on reporting and punishing harassment, and fairer laws that would allow women their day in court.

If someone has paid penance for their wrongdoing, they do not deserve to have their lives ruined forever. But losing one’s celebrity is not ruination, nor is it penitence. By suggesting that it is, too many of the men of #MeToo show that they haven’t changed much at all.

Filipovic is an attorney and the author of The H-Spot: The Feminist Pursuit of Happiness 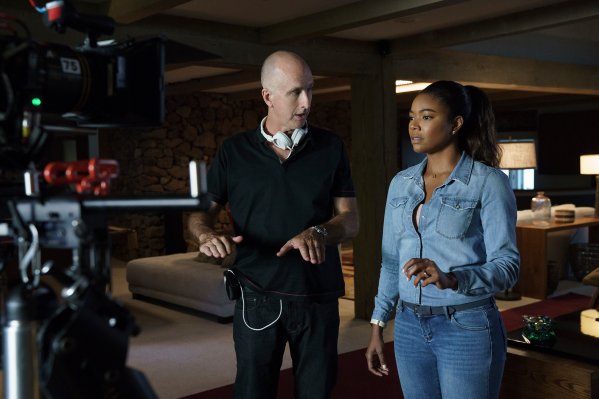 How We Can Fix Hollywood’s Representation Problem
Next Up: Editor's Pick