200 People Have Been Killed in Landslides Across Rwanda This Year

A view of a valley along the road from the west near Kigali, Rwanda.
Thierry Falise—LightRocket/Getty Images
By Casey Quackenbush

Landslides in Rwanda’s north and west killed at least 18 people over the weekend, an official said, with rescuers still searching for residents buried under the mud.

That brings the total death toll of those killed in landslides in the east-central African country this year to 200.

“The four months have been far worse than other years,” Philippe Habinshuti, from the disaster management ministry, told Reuters. “This is terrifying.”

Downpours in the western region killed 15 people on Sunday, and another three died in mudslides in the country’s capital, Kigali, the BBC reports.

Last week, residents in “high risk” areas were warned to evacuate or be forcefully moved, according to interior minister Francis Kaboneka.

One of Africa’s most densely populated countries, Rwanda is also known as “the land of a thousand hills.”

Other countries in the region such as Kenya, Somalia and Uganda are also experiencing heavy rain and severe floods. 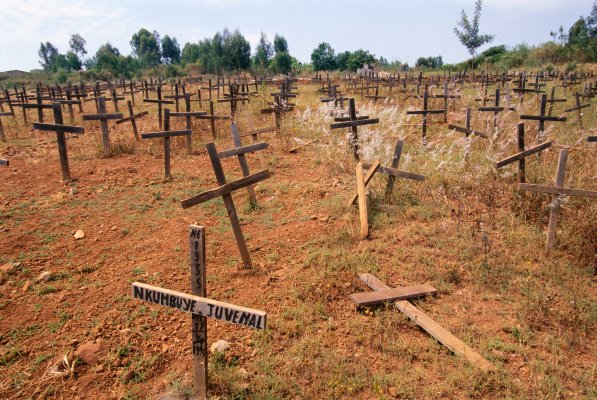 Four Mass Graves Have Been Discovered in Rwanda
Next Up: Editor's Pick