Worlds collided for doctor-turned-actor Ken Jeong when a woman at his Saturday stand-up comedy show in Phoenix, Arizona, had a health scare.

According to TMZ, a woman in the third row suffered a seizure near the beginning of Jeong’s set. Although Jeong first thought the commotion was due to heckling from the crowd, he soon realized that it was a real emergency and dropped off the stage to help her, TMZ reported.

“He couldn’t see what was going on with the lights,” audience member Heather Holmberg told USA Today. “He was playing with them from the stage for a second, and it was like, ‘No, no, no. We need you!’ He realized there was an issue, and he came over. It was a moment where time stands still. Someone was having a crisis. There was a hush over the room.”

The 48-year-old comedian assisted the woman until an ambulance arrived and took her to the hospital, the outlet reported. He then got back on stage to continue his routine, but not before the crowd thanked him with a round of applause.

“A woman had a medical emergency during the show. Ken thinks its heckling, when people are asking for his help. He jumps off stage to assist. An EMT helped, too,” she wrote. “Then on with the show! Great night! He is gracious and grateful…AND flipping funny!”

Jeong earned a medical degree from the University of North Carolina at Chapel Hill School of Medicine and is still a licensed physician.

“I was so intense as a doctor, and I was always stressed out, patients were surprised I did stand-up comedy on the side,” told critics at ABC’s summer press tour in 2015.

His experience in the medical field has transitioned to some of his acting roles, starring in the short-lived ABC sitcom Dr. Ken and playing a doctor in the 2007 film Knocked Up. 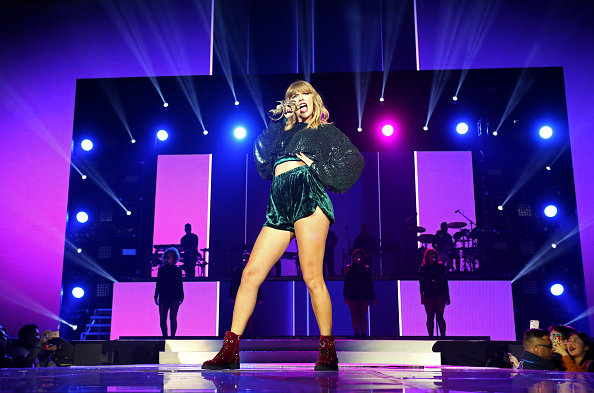 Taylor Swift and 2,000 Foster Kids Had the Best Time at Her Private Concert and Pizza Party
Next Up: Editor's Pick