Could Malaysia’s Mahathir Mohamad Become the World’s Oldest Leader? He Speaks to TIME About What Sparked His Political Comeback

More than five decades after he first hit the campaign trail, Malaysia’s longest-serving former prime minister Mahathir Mohamad is once again canvassing votes at the age of 92. His stunning political encore pits him against the ruling party he helped entrench as the dominant power in Malaysia’s political life. In the May 9 election, Mahathir is seeking to unseat his former protégé, the incumbent Najib Razak.

Mahathir defined his nation’s transition from a moribund post-colonial state to one of Asia’s fastest-growing economies. During his 22 years in power, he bootstrapped Malaysia into a prosperous exporter — both of commodities and of semiconductors. The gleaming Petronas Towers, the world’s tallest buildings when they opened in 1996, were a symbol of the country’s future. Mahathir envisioned that Malaysia would be a fully developed nation by 2020.

The nation’s patriarch — who is so ubiquitous that across the country he is often invoked by the single letter M — is now pitted against his scandal-tainted successor. Najib, a scion of Malaysia’s political elite and son of the country’s second prime minister, is accused of embezzling at least $1 billion from a state investment fund called 1Malaysia Development Berhad (1MDB). The U.S. Justice Department says Najib’s associates have pilfered at least $4.5 billion. Najib denies any wrongdoing.

Mahathir, who stepped down in 2003, blames such unbridled corruption for the rising cost of living aggrieving many voters. After his calls for Najib to resign went unheeded, Mahathir stepped of retirement to lead an opposition alliance.

“It’s hard to oust a prime minister,” Mahathir said at a recent rally in his home state of Kedah just days before the polls.

Mahathir should know — he cemented Malaysia’s single-party dominance, centralizing all power for himself and ensuring the ruling United Malays National Organization won every election. (It hasn’t lost at the polls since independence in 1957.) Now he’s hoping to shift voters’ loyalties to a historic tsunami of support for an opposition coalition comprised of political figures he once persecuted and imprisoned. Should they overcome an asymmetric election systemic to win, Mahathir has pledged to reinstate the very civil liberties and checks on power he curtailed.

TIME spoke with Mahathir on May 7 at the tail end of his grueling, cross-country campaign that has defied any criticism of his age or stamina.

Why, at the age of 93, are you coming back and attacking the party-state you helped build?

I thought that I could retire. But almost immediately after I stepped down the succeeding prime minister [Abdullah bin Haji Ahmad Badawi] went off track. So eventually I left the party and I campaigned against him. He was succeeded by the present prime minister [Najib Razak who] I thought would be a very good prime minister because his father [Abdul Razak] was an iconic leader. People loved him. I thought he would be like his father, but he was totally different. He believes that with money he can do anything. But because he didn’t have any he decided to steal money, huge sums of money. Delegations came to see me [asking], ‘Please do something.’ I tried to advise him. But it didn’t work. So eventually I decided I would go against him.

Recent polling shows voters say they care about economics, not 1MDB. But you insist these are linked.

The level of corruption by this prime minister is unprecedented. But in the rural areas, they cannot even understand this big a sum of money. But what they do understand is that they are leading a worse life because the prices of things are going up. New taxes have been introduced. They cannot get scholarships for their children or their educated children cannot get jobs. The government now earns much more money than during my time. Three times more, because the economy is going quite well. But the money was diverted elsewhere and stolen by the prime minister. So there was a shortage of funds. To overcome the shortage of funds for the government, he imposed new taxes.

How do you think Malaysia should position itself in response to China’s rise?

We have lived with China for over 2,000 years. We have traded with China. They never conquered us. When China became politically and economically powerful they had this idea that the South China Sea belongs to them. Now, of course we have islands in the South China Sea that belong to us. But we tried to avoid clashing with them. See, the fact is, China is there and we have to live with China. It’s not easy. We will have to try to talk to them, but keep being friendly with them.

With the U.S. and China engaged in a tariff standoff that could devolve into a trade war, what do you think export economies like Malaysia should be doing to limit negative impacts?

Well Malaysia is a trading nation. It has been so for hundreds of years. Of course any disturbance in the market effects Malaysia. But now we are dealing with the world market. So we need to find out, how does it effect us — this particular policy, that particular policy — and try to manage it. I am very unhappy that there should be trade wars because this will not work for anybody. On the other hand, the idea that all countries must be absolutely open, that there should be free trade, and there should be competition — we are a small nation. We cannot compete with America. We cannot compete with Europe. We need some protection for our self.

Malaysia's Prime Minister Najib Razak after submitting his documents at the nomination centre in Pekan on April 28, 2018.
Mohd Rasfan—AFP/Getty Images

You’ve been calling Najib your “mistake”. How much do you feel Najib is a product of the political environment you created and benefited from?

This environment was not created by me, although people like to say so. This was a system we adopted when we became independent. We have a democratic system, but our democracy is not as liberal as in the U.S. We have racial problems, we need to limit people from irritating each other. So you can be free, but there is a limit. If you start stirring up trouble between races, we’ll have to put a stop to that. That was the system we adopted actually from the British. They introduced the Internal Security Act to declare a state of emergency, suspend the law, and parliament, and arrest people without trial. Arresting without trial was done by the first prime minister, by the second prime minister, the third prime minister and then by me. When I became prime minister, I released a lot of political detainees. This seems not to have been noticed by anybody, because they don’t like to give me credit for such things. Somehow or other, I made a name for myself for being very critical of the West, and things like that.

Would a more open and democratic Malaysia with strong independent institutions have prevented the rise of Najib and these financial scandals?

No, this man is bent upon abusing the law. What he believes is that with money he can do everything. Najib has overcome the separation of powers between the executive and the legislative and the judiciary. All three now are under his control. I think he has bribed all of them.

You’ve been accused of stifling dissent and hampering freedoms in Malaysia. Do you think such repression hampered the nation’s productivity and enabled today’s financial scandals?

What is the evidence? During my time, I was accused of being undemocratic and all that. And yet this country developed at the highest rate during my tenure as prime minister. From an agricultural country it was turned into an industrialized country. It was called one of the tigers of Asia. Now if I was so oppressive, why should the country have prospered? People would have run away. But people were coming in droves to invest in Malaysia.

You’re working alongside your former deputy prime minister again, the jailed opposition leader Anwar Ibrahim. Many believe the sodomy and corruption charges against him were politically motivated first by you, and more recently by Najib.

It is very difficult to explain. You see, when I was prime minister, security was the concern of the police. And the police insisted that on security matters, I listen to them. In the case of Anwar, police came to tell me that this man had committed sodomy and all that. A man with that kind of reputation I had to stop him from becoming the future prime minister. In the end, it is the judge who makes the judgement. But I accept that since I was prime minister, I am responsible for whatever happens in this country.

Malaysia's opposition leader Anwar Ibrahim ahead of the verdict in his final appeal against a conviction for sodomy in Kuala Lumpur Febr.4, 2015.
Olivia Harris—Reuters

If you still believe he is guilty why are you lining him up as prime minister again?

You don’t punish a man for a lifetime, for whatever crime. There are some crimes where in America you are charged for 250 years, or with a lifetime imprisonment. But in most cases, a person who was guilty of something, after a certain period I think we should overlook what he has done in the past. Nowadays, if the people want him, who am I to object to the people’s wishes?

A majority of Malaysians now favor strict implementation of Sharia law and hardline Islamist parties play an increasingly prominent role in politics. What role do you see Islam playing in the future of Malaysia?

There was this formation of an Islamic party which is something that is quite wrong because you cannot take Islam for yourself. Islam belongs to everybody. This Islamic party tries to make use of so-called Islamic laws in order to gain support. But it’s not even Islamic law, it is far more severe. During my time, they had this proposal to impose Sharia law. I had to fight against them. The moment I stepped down they came back with this proposal. Najib found it convenient to entertain them because he was losing grip over the Muslim Malays. So he backed the Islamic party and their demand for Sharia. And because of that, we are now more divided than ever.

One of the promises in the opposition’s manifesto is term limits. I’ve been told these were your idea.

I was there for five terms. But we find that after me came these two prime ministers who abused their power. So we believe that a prime minister should not stay for too long. Two terms would be just nice.

If you win and are appointed prime minister, how long do you plan to stay in power?

Well, I’m 93-years-old. How long can I last? I don’t want to stay for very long, but in the initial stages we need to solve a lot of problems. The others do not have the experience. So they want me to help in the initial stages. Maybe two years. Maybe three years. Even if I retire after that, I hope to be able to advise the government. 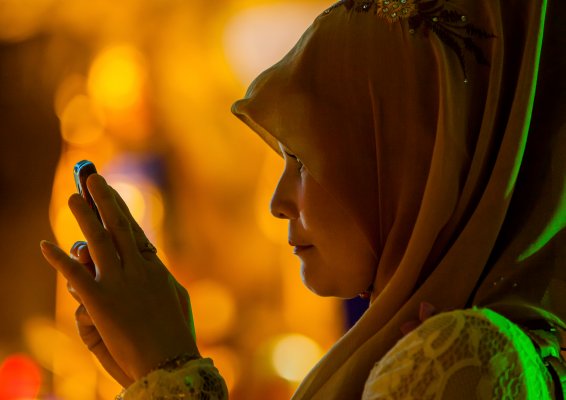 Twitter Has a Big Bot Problem in Southeast Asia
Next Up: Editor's Pick