After years of walking red carpets, Blake Lively knows how to make an entrance. So it should be no surprise that the actress rolled up to the 2018 Met Gala in a party bus. It may be the first time Atelier Versace has ever been worn on a party bus.

Lively’s mode of transportation wasn’t just to make a splash, though, it was also practical. The train on her intricately beaded Atelier Versace gown was so expansive, that a party bus was the only thing that could contain it, Vogue reports. No word on whether it was outfitted with a disco ball and strobe lights, though.

In line with the Gala’s theme of “Heavenly Bodies: Fashion and the Catholic Imagination,” Lively’s dress was a Camelot-worthy show-stopper thanks to it’s incredibly long embroidered burgundy train and silvery bodice that reportedly took 600 hours to embroider. While Lively was one of the last to arrive on the red carpet, the dress was so gorgeous—and the Met Gala such a highly-photographed affair—that there was no chance that Lively’s entrance would go unnoticed no matter what she rolled up in. Perhaps next year it will be an over-sized pumpkin turned into a horse-drawn carriage. 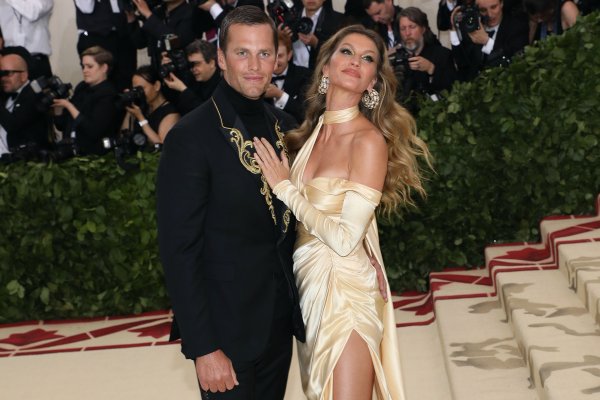