In the first half of 2018, compelling stories have played out not just on the big screen, but also in the real world of Hollywood, as the entertainment industry has navigated a newly upset balance of power. Meanwhile, the movies themselves are received in a world that was difficult to imagine when the films were conceived years ago — whether that means audiences are starved for the lightness of a hapless CGI bear or emboldened by all-female sci-fi narratives.

The rest of the year leaves much to look forward to: Spike Lee’s Cannes sensation BlacKkKlansman; Damien Chazelle’s La La Land follow-up, the Neil Armstrong drama First Man; Emily Blunt’s update on Mary Poppins. But as we await those films’ arrival, let’s celebrate the great movies 2018 has already supplied, and give due to some that flew unjustly under the radar.

A sequel starring a pantsless bear — though now that we mention it, it’s perhaps stranger that he wears a coat than that he doesn‘t wear pants — may be an unexpected choice for this list. But Paul King’s follow-up to his 2014 adaptation of Michael Bond’s beloved children’s stories is pure and good without being pedantic, a family movie you can enjoy even if your family consists only of your adult self. Its cuddly ursine protagonist (innocently voiced by Ben Whishaw) goes down like a warm cup of tea on a blustery day.

Alex Garland’s sci-fi stunner will leave viewers feeling alternately creeped out, jump-scared and thinking to themselves, Did he really go there? Oh, he really went there. But what lasts long after the credits roll is the movie’s quiet beauty, the iridescent sheen of an oil slick that enshrouds the narrative and the moments of near silence preceding terrifying noise. As an added bonus, it’s a movie about five female scientists — a rare specimen — that never pats itself on the back for being a movie about five female scientists.

Writer-director Cory Finley’s directorial debut stars Anya Taylor-Joy (The Witch) and Olivia Cooke (Ready Player One) as rich girls who channel their privileged ennui into violence. Cooke is deliciously nonchalant in her sociopathic callousness while Taylor-Joy sells the repression of a young woman who looks like her French twist and perfect Peter Pan collar are conspiring to strangle her. It’s bleak and original — the whoosh of a rowing machine has never sounded so terrifying — and puts Finley on the map as a filmmaker to watch.

It is easy to praise Black Panther for everything its mere existence means: It’s the first standalone black superhero movie; a mega box office success written and directed by and starring and about black people; and a landmark in cinematic representation the impact of which is difficult to adequately measure. But independent of all the conversation swirling around it, Ryan Coogler’s installment in the Marvel Cinematic Universe is also, on its face, a tremendously accomplished movie — from its vibrant costumes to its adept treatment of complex themes around diaspora and global responsibility.

If you watch the trailer and come away thinking that the apex of Blockers‘ humor is John Cena butt-chugging a beer, you may decide it’s not for you. But don’t judge a movie by its trailer’s most gratuitous potty humor: Blockers is the rare comedy that makes a point (that young women are subjects, not objects, when it comes to sexual desire) while earning genuine laughs. And amid all the raunch, director Kay Cannon manages to sneak in an unexpectedly sweet story about parents learning to let go of their not-quite grown-up children.

With his third feature, John Krasinski has proven himself a capable and sensitive director. A Quiet Place may be billed as a horror film, but the monsters here are secondary to the tenderness with which the family drama plays out — and it’s one that’s easy to buy given the effortless chemistry between Krasinski and his co-star, real-life partner Emily Blunt. The monsters are scary, sure, but not as terrifying as the reality that parents can only protect their children from so much.

MORE: A Quiet Place Is One of the Most Terrifyingly Effective Horror Movies in Years

You Were Never Really Here

Joaquin Phoenix barely speaks in Scottish writer-director Lynne Ramsay’s unnerving thriller, but this actor doesn’t need words to communicate reservoirs of pain and — despite his ease with violence — vulnerability. Phoenix won a best actor award at Cannes last year for his portrayal of a veteran whose mission to rescue the missing daughter of a politician goes savagely awry, and Ramsay took one home for her screenplay, which leaves the most brutal violence offscreen but thoughtfully appraises its consequences. This is not a pleasurable watch, but it’s a worthwhile one.

MORE: You Were Never Really Here Is a Skillfully Crafted Thriller

Director Chloé Zhao has approached her first two films in an unconventional way, and it’s paying off. The Rider, her second movie, like 2015’s Songs My Brothers Taught Me, was filmed on the Pine Ridge Reservation in South Dakota and stars a cast of non-professional actors. In it, Brady Jandreau plays a stoic Lakota cowboy whose passion for the rodeo is interrupted, abruptly and perhaps permanently, by a near-fatal accident — much like the one that befell Jandreau in real life, in 2016. The result is an achingly realistic portrait of a family and a community, whose hardships Zhao neither condescends to nor minimizes.

When watching a story about forbidden love, it’s easy to root for the lovers’ union at all costs. Disobedience, from Sebastián Lelio, the director of the Oscar-winning Chilean drama A Fantastic Woman, examines those costs with such nuance that the notion of forgoing love — because those costs are too great — is equally as compelling as that of love triumphing over all. As lovers whose romance defies the strict rules of their religious community, Rachel Weisz and Rachel McAdams draw viewers into this painful negotiation.

MORE: Disobedience Is More Than a Forbidden-Love Story

Director Jason Reitman and screenwriter Diablo Cody have joined forces twice before, on 2007’s Juno and 2009’s Young Adult. Their third collaboration reunites them with Young Adult star Charlize Theron, here playing a hopelessly tapped-out mom of three whose night nanny (a whimsically appealing Mackenzie Davis) takes care of more than just the baby. While the unexpected conclusion requires a leap on the audience’s behalf, the film is refreshingly — and often painfully — honest about the ways in which modern motherhood makes some women feel disconcertingly far from their one-time dreams. 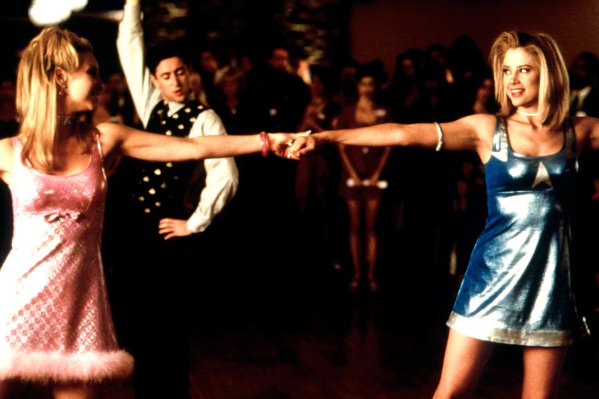