A few weeks ago, John Oliver reported on the unusual auction that Russell Crowe was hosting called “The Art of Divorce,” where Crowe sold off artifacts from his career, including a now-famous jockstrap, which sold for a whopping $7,000.

In an unsurprising turn of events, Oliver bought the jock strap. On the April 18 episode of Last Week Tonight, he announced the purchase and his decision to donate the jock strap and a few other pieces of Crowe’s movie memorabilia to the last Blockbuster video store in Anchorage, Alaska.

The only problem with the otherwise foolproof and generous plan was that Oliver didn’t actually know anyone at the last Blockbuster in Anchorage, Alaska. So he put out a call on his show asking the store’s manager to get in touch to take advantage of the unique opportunity. On Sunday night’s episode, Oliver announced his plan had worked and Crowe’s jock strap was on display in the Blockbuster as a mini-shrine to the actor.

The Blockbuster was touched, but so was Crowe. He tweeted that he was so touched by Oliver’s “random act of kindness” that wanted to use the money earned from the sale to do something nice for the world. Crowe later tweeted that he figured out what he wanted to do with the money, and that it would help wildlife.

To that end, Crowe teamed up with the first family of Australian wildlife, the Irwins, and donated the proceeds from the sale of his jock strap to the study of koala chlamydia. Oliver was, of course, quite touched by the news. In fact, Oliver so touched to have a koala chlamydia ward named after him, that he realized his show had nothing more to do and he should pack it all in. So he did. It’s been a great run, Last Week Tonight. 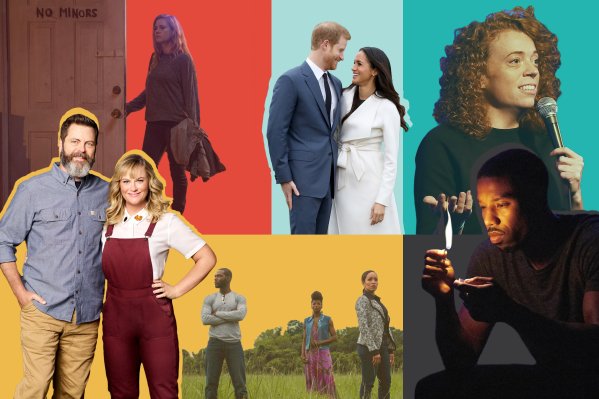 All the New TV Shows You Need to Watch This Summer
Next Up: Editor's Pick