The FBI tallied more active shooter incidents in 2017 than in any other year on record, according to a new report.

Thirty incidents met the FBI’s criteria for an “active shooter” situation in 2017, more than in any other year since the agency began tracking these episodes in 2000. Twenty-six active shootings occurred in 2010, the year with the second-most incidents on record, and 20 took place in 2016.

The FBI classifies an active shooter incident as “one or more individuals actively engaged in killing or attempting to kill people in a populated area,” excluding gang- and drug-related violence. These sprees are considered mass killings if three or more people died in a single incident. There were 20 mass killings between 2016 and 2017.

Between those two years, active shooting episodes claimed 221 lives and injured 722 more people, according to the report. (Thirteen law enforcement officers were killed and 20 more injured.) A considerable number of these casualties occurred when a shooter opened fire on a country music festival in Las Vegas in October 2017, killing 58 and wounding 489.

All 50 shooters behind the 2016 and 2017 episodes were were men acting alone, the report adds. Texas saw the most active shooting incidents in 2016 and 2017, with six, followed by California and Florida, with five each.

There has been some debate over whether active shootings are actually growing more common, or whether the apparent uptick has to do with reporting standards and data selection. While it’s possible — and hopeful — that the 2017 data represents a statistical outlier, the new report seems to add credibility to the argument that they may, indeed, be growing more frequent. 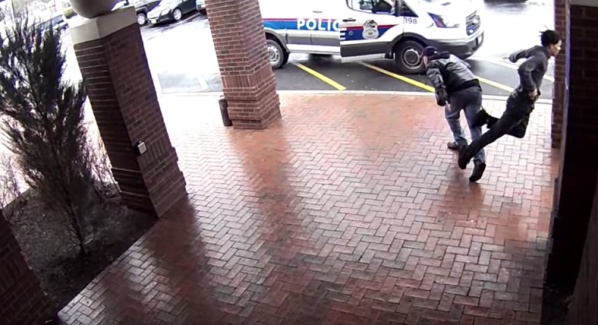 This Grandfather Tripped an Armed Suspect So Police Could Catch Him
Next Up: Editor's Pick