The students, Mikayla Sharrieff, India Skinner and Bria Snell, juniors at Washington’s Benjamin Banneker High School, had designed a system to filter lead out of school drinking water fountains. Their project propelled them into the final round of NASA’s Goddard’s Optimus Prime Spinoff Promotion and Research Challenge — the only all-black, female team to do so, the Washington Post reports.

Their success, however, also made them the targets of racist cyberattacks on anonymous web forum 4chan.

The site’s users attempted to organize voting drives to support other teams and hack the competition’s voting system, prompting NASA to close voting for the competition.

“Mikayla, India and Bria are reminding us that the good in our world is stronger than the hate, and we want them to know that the District has their back,” Bowser wrote in a weekly newsletter, according to the Post.

The team, who celebrated themselves as a “Hidden figures in the making,” a reference to the 2016 film about three early black female NASA employees, are also volunteers at Washington’s Inclusive Innovative Incubator technology lab. The $4,000 prize will be donated to the incubator to support the students’ work on the water filter system, according Post. 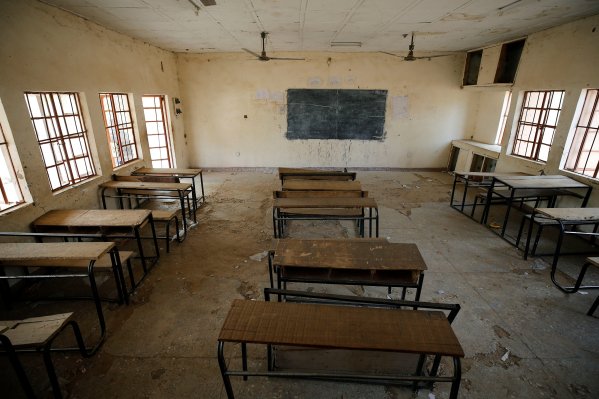 Why Protecting Education Would Prevent Terrorism
Next Up: Editor's Pick