A Toast to Influence at the TIME 100 Gala

Each April after we publish the TIME 100–our annual designation of the world’s most influential individuals–we host a gala in New York City to celebrate the people on the list, alumni from past years and the transformative power of influence itself. It’s an evening that brings together people of impact across a remarkable array of fields: Oscar winners and Olympians, artists and astronauts, chefs and CEOs, politicians and playwrights. One of the joys of working at TIME is the opportunity to get this extraordinary group into one room.

During the event, we ask some of the honorees to raise a glass to people who have influenced them. #MeToo movement founder Tarana Burke saluted survivors, who she said will “never be alone as long as I have a microphone.” Bollywood sensation Deepika Padukone opened up about her four-year struggle with clinical depression. The actor Sterling K. Brown toasted the teacher who changed his life. Figure skater Adam Rippon gave a hilarious and touching tribute to his mother and to mothers everywhere. Nice Nailantei Leng’ete, who has helped save an estimated 15,000 women in Kenya and Tanzania from ritualized genital mutilation, toasted “all the strong people out there who are fighting to make sure that every young girl can become the woman of her dreams.” They were followed by stellar performances from Shawn Mendes and Jennifer Lopez, who brought the house down with a rousing set that included a supporting role from her boyfriend, baseball legend Alex Rodriguez.

One of my favorite moments at this year’s gala came via TIME editor at large Jeffrey Kluger. Jeff was at a table with the courageous students from Parkland, Fla., who organized the worldwide March for Our Lives after a mass shooting at their high school. One of them, 17-year-old Alex Wind, told Jeff that he and fellow TIME 100 honoree Jaclyn Corin have been friends since grade school. A long-ago teacher recently sent them a copy of a project they had worked on in her class. The teacher had asked them to imagine what they would accomplish when they grew up. Alex and Jaclyn, who as we now know grew up much too quickly, drew pictures of themselves on the cover of TIME. (Both appeared on the real cover earlier this year.)

You can find videos from the evening and our full coverage at time.com/gala. 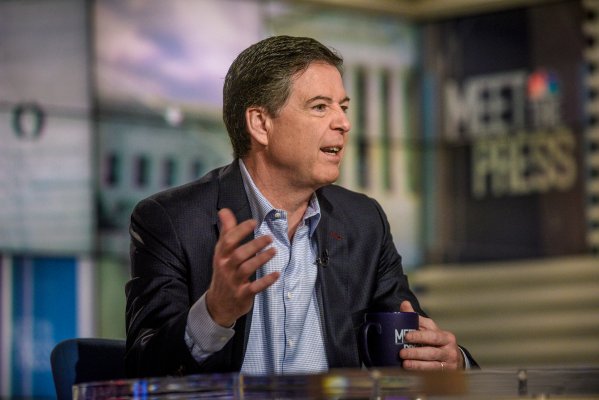 James Comey’s Book A Higher Loyalty Is a Major Break from the Norm
Next Up: Editor's Pick