One summit has changed the perceptions of a nation.

Friday’s meeting between South Korean President Moon Jae-in and Kim Jong Un prompted 78 percent of respondents to a Korea Research Center poll published this week to say they trusted the North Korean leader. That’s a far cry from the 10 percent of South Koreans who said they approved of Kim in a Gallup Korea poll conducted just a month-and-a-half ago.

The summit was filled with unprecedented scenes: Kim’s step over the ankle-high concrete slab dividing the Korean Peninsula — and then his walk back across the border hand-in-hand with Moon; a 30-minute private chat in the woods in front of television cameras; the first ever live remarks to reporters by a North Korean leader; Kim’s sense of humor and his deferential manner toward Moon, who is more than 30 years his senior.

And that’s just the optics. More significantly, the two leaders signed a declaration to finally end a seven-decade war this year, and pursue the “complete denuclearization” of the Korean Peninsula. Kim also called for frequent meetings between the leaders — a major shift given only three summits have taken place since the war.

More than 35 percent of respondents to the poll conducted earlier this week on behalf of national broadcaster MBC said the biggest accomplishment was the pledge to rid the peninsula of nuclear weapons. Nearly 30 percent said Moon’s hop over the border at Kim’s impromptu suggestion was the most impressive moment of the summit.

The question now is whether this positive perception of Kim will continue through and beyond a planned summit between the North Korean leader and U.S. President Donald Trump, possibly later this month. 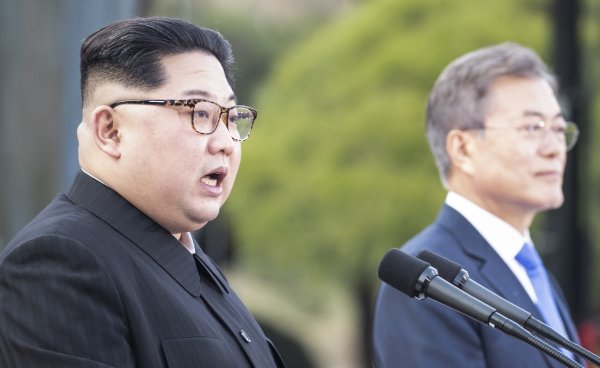 Why North Korean Denuclearization Remains a Long Shot
Next Up: Editor's Pick