Claire Foy Will Receive $275,000 Back Pay After The Crown Salary Controversy

Claire Foy speaks onstage during the For Your Consideration event for Netflix's "The Crown" in North Hollywood, Calif. on April 27, 2018.
Rich Fury—Getty Images
By Aurelie Corinthio / People

It looks like Claire Foy will get her fair share for her portrayal of Queen Elizabeth II on The Crown.

The Daily Mail reports that Foy, 34, will receive around $275,000 in back pay after news broke that she earned less than her costar Matt Smith, who played her on-screen husband Prince Philip, in 20 episodes over the course of two seasons.

The lump sum is designed to make up for the wage disparity between the two.

Last month, producers Suzanne Mackie and Andy Harries revealed at a panel at the INTV Conference in Jerusalem that Smith, 35, received a bigger paycheck due to his higher profile coming off Doctor Who.

“Going forward, no one gets paid more than the queen,” Mackie said at the time.

The U.K. production company behind the Netflix drama later issued an apology for putting the stars in the middle of a pay equity debate.

“We want to apologize to both Claire Foy and to Matt Smith, brilliant actors and friends, who have found themselves at the center of a media storm this week through no fault of their own,” Left Bank Pictures said in a statement, according to Deadline. “Claire and Matt are incredibly gifted actors who, along with the wider cast on The Crown have worked tirelessly to bring our characters to life with compassion and integrity.”

The statement continued: “As the producers of The Crown, we at Left Bank Pictures are responsible for budgets and salaries; the actors are not aware of who gets what, and cannot be held personally responsible for the pay of their colleagues.”

Foy recently told Entertainment Weekly that she was “not surprised” that the news drew so much attention.

“I’m surprised because I’m at the center of it, and anything that I’m at the center of like that is very very odd, and feels very, very out of ordinary,” she said. “But I’m not [surprised about the interest in the story] in the sense that it was a female-led drama. I’m not surprised that people saw [the story] and went, ‘Oh, that’s a bit odd.’ But I know that Matt feels the same that I do, that it’s odd to find yourself at the center [of a story] that you didn’t particularly ask for.”

Smith told The Hollywood Reporter that he supports his costar completely.

“Claire is one of my best friends, and I believe that we should be paid equally and fairly and there should be equality for all,” he said. “I support her completely, and I’m pleased that it was resolved and they made amends for it because that’s what needed to happen. Going forward, I think we should all bear in mind that we need to strive to make this better and a more even playing field for everyone involved — but not just in our industry, in all industries.”

Foy and Smith won’t reprise their roles for future seasons, with the role of Queen Elizabeth being taken by Broadchurch actress Olivia Colman and Prince Philip by Tobias Menzies of Game of Thrones. 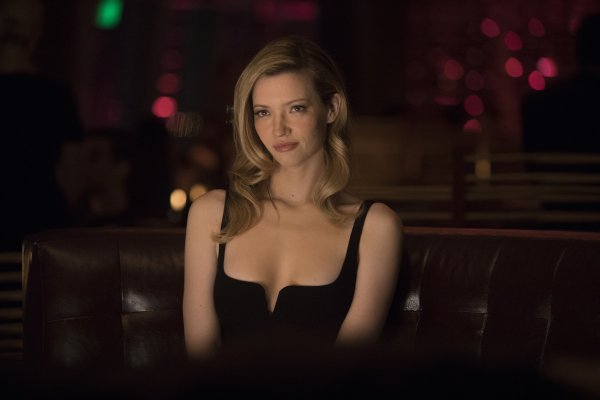 Westworld Finally Revealed the Real Value of the Park—and It's Eerily Timely
Next Up: Editor's Pick