'I’m Not Happy. I Want to Die.' Australia's Oldest Scientist Will Travel to Switzerland for Assisted Suicide

A 104-year-old Australian scientist will fly to Switzerland early next month to end his own life, arguing that his quality of life has deteriorated and that he should have the right to decide whether to live on.

David Goodall, an ecologist based in Perth, is not suffering from a terminal illness. But his frail condition and enjoyment of life have declined to the extent that the celebrated researcher has chosen an assisted suicide in the city of Basel in early May, Agence France-Presse reports.

“I greatly regret having reached that age,” the academic and euthanasia advocate told ABC Australia on his 104th birthday earlier this month. “I’m not happy. I want to die.”

“It’s not sad particularly. What is sad is if one is prevented,” he added.

Gooddall’s announcement has set off a debate over the ethics of medically assisted suicide, which is not legal in Australia except in the state of Victoria, which legalized voluntary euthanasia for terminally ill patients in Nov. 2017, according to ABC. But the regulation isn’t set to take effect until mid-2019.

He was at the center of another age-related controversy in 2016, when Edith Cowan University attempted to force Gooddall, then a 102-year-old honorary research associate, to work from home, arguing that the scientist posed a safety risk to himself by commuting every day to his campus office. After a public outcry, the university backed down. 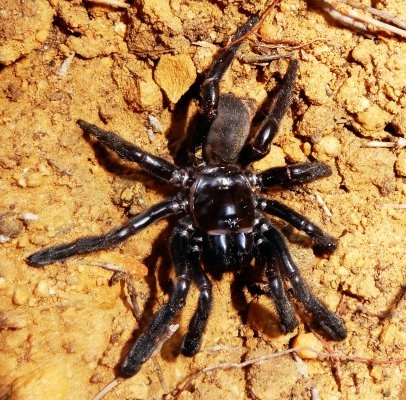 The World's Oldest Known Spider Has Died at the Age of 43 From a Wasp Sting
Next Up: Editor's Pick