House Republicans allied with President Trump have drafted articles of impeachment against Deputy Attorney General Rod Rosenstein as a “last resort,” one of the authors said Monday.

Rep. Mark Meadows (R-N.C.), chair of the House Freedom Caucus — which drafted the document — told the Washington Post that the articles would be used only “if the Department of Justice fails to respond” to requests for documents outlining decisions and behavior by law enforcement officials involved in the Russia probe and other federal investigations.

As deputy, Rosenstein has been overseeing the special counsel probe since Attorney General Jeff Sessions recused himself in March of last year.

“My frustrations about their inability to respond to simple requests could warrant further action,” Meadows told the Post, adding that many of his colleagues are growing frustrated with Rosenstein.

The articles could spark conflict within the GOP as many of the party’s leaders have said Special Counsel Robert Mueller should be left to continue his investigation into the Trump campaign’s alleged ties to the Russian government. Those Republicans’ support, along with the Democrats, would make it difficult for the document to gain genuine momentum in Congress.

The articles of impeachment would have to be considered by the House Judiciary Committee, which recently came to an agreement with the Justice Department over documents to turn over. The resolution could stifle any desire of the committee’s leaders to consider impeachment.

Trump has been vocal about his opposition to the special counsel’s probe, frequently calling the investigation a “witch hunt” on Twitter. 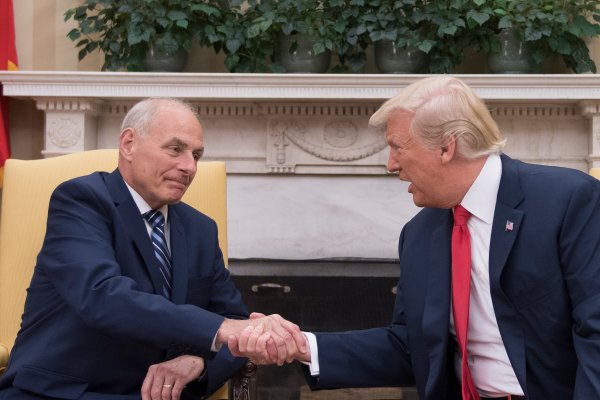 'Total BS.' John Kelly Responds to Reports He Called Trump an Idiot
Next Up: Editor's Pick