Avengers: Infinity War roared to a $250 million opening at the box office this weekend, edging out Star Wars: The Force Awakens to earn the highest domestic debut of all time. And Ryan Reynolds knows that Deadpool had absolutely nothing to do with that.

The anti-hero actor took to Twitter on Sunday to congratulate Iron Man, Captain America, the Hulk and all the rest of the Avengers on their massive success by sharing his character’s rejection letter from the Marvel superhero team.

“From a guy who never knows when to quit, I’m glad you guys never did,” he captioned a photo of the Stark Industries memo. “Congrats #Avengers.”

The note—which is dated April 14, 2012 and signed by none other than Tony Stark—lets Deadpool know in no uncertain terms what the Avengers think of his application to become one of them.

Deadpool 2 is set to hit theaters on May 18. 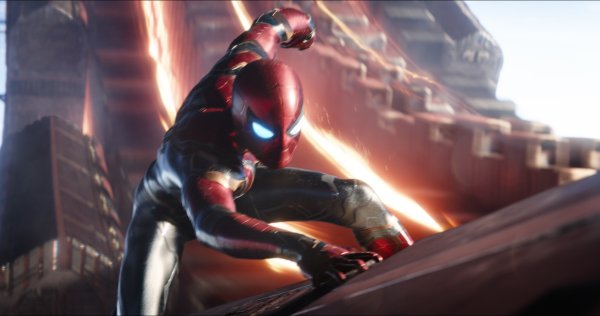 What to Know About Spider-Man and Iron Man's New Suits in Avengers: Infinity War
Next Up: Editor's Pick