Consider this a lesson to establish your relationship status before going on live television.

Wayne Brady was introducing contestants Steve and Jessie on the CBS gameshow Let’s Make a Deal when he made some small talk about romance. It was, after all, the prom episode.

“How long have you guys been together?” Brady asked Steve and Jessie, who were dressed in their ’70s best. “About six months,” Steve, a perfectly fine human in a bow tie, answered.

Fair enough. But Jessie just laughed out loud – then shared her perspective on the relationship.

“We’re friends, but he wants it…” she explained, laughing. “Can we talk about this…not in front of everyone,” Steve asked. Dark corner for Steve.

It would appear, Steve does not have the deal he desires with Jessie. And he looked cranky. Did these two win anything? Does it matter?

Sadly, this gameshow clip will never die. It’s been viewed more than 7 million times because the internet had plenty of feelings on this matter.

Watch below. But make no mistake. This is very rough stuff.

Evidently, the pair was still in sync enough to win a totally platonic friendship trip to Mexico though. 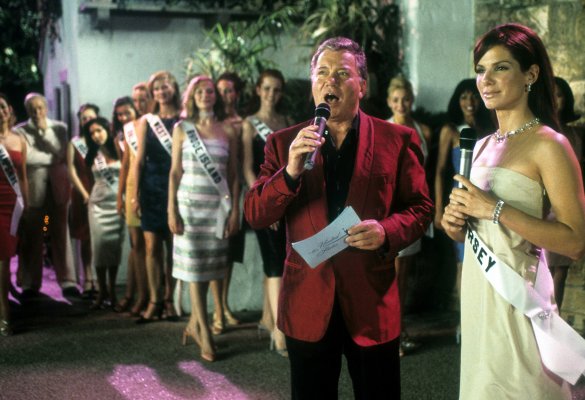 William Shatner Is Still Asking Us About Our Perfect Dates
Next Up: Editor's Pick