Medical-marijuana supporters flocked to Capitol Hill on Monday to push for legislation that would prohibit the federal government from restricting state medical-marijuana laws.

“We’re doing this work,” said Steph Sherer, executive director of Americans for Safe Access, a pro-medical-pot group that brought 152 people to Washington to lobby 300 members of Congress. “It’s not just a bunch of potheads [saying], Please let us do this.”

The House bill would offer legal clarity to the growing number of states that are legalizing medical marijuana even as it remains illegal under federal law. New York might become the 21st state to legalize medicinal marijuana this year, but the Drug Enforcement Agency considers marijuana a drug on the same level as heroin, and the Justice Department under the Obama Administration hasn’t always been consistent in its level of prosecutorial restraint and its willingness to defer to state laws.

The bill is a long shot, to say the least, but advocates aren’t letting that dent their enthusiasm. Sherer pointed to groups that have issued scientific standards for quality control in medical-marijuana products as a way of showing its increasingly mainstream status. Sherer uses cannabis daily; she says she can’t get out of bed without it because of a disorder called dystonia, which causes her muscles to contract involuntarily. She called herself one of a million legal medical-cannabis patients in America.

“Once you use this medication and it works for you, or you see it work for a loved one, it really is crazy that we can’t even get a hearing at this point,” Sherer said. “We’re actually regulating this product from seed to consumption.”

But the pro-cannabis message will likely fall on deaf ears. It’s a nonstarter in the Republican-controlled House — Dan Rush, who directs the medical-cannabis department at the United Food and Commercial Workers union, listed California Representative Dana Rohrabacher as the sole exception to what he called an “entire Republican side of the building” opposed to legalization. And Democrats who control the Senate are hardly ready to make it a priority in a midterm-election year. The American public increasingly favors legalization, and for the first time, a CBS poll in January showed a slight majority supporting it.

Medical-marijuana advocates may find more success working through the Executive Branch. On Friday, Attorney General Eric Holder said the Obama Administration is ready to work with Congress to take marijuana off the federal government’s list of the most dangerous drugs. Obama has said marijuana is “not very different” from cigarettes and less dangerous “on the individual consumer” than alcohol.

“I don’t care who fixes it,” Sherer said. “But it seems like we keep getting ping-ponged around.” 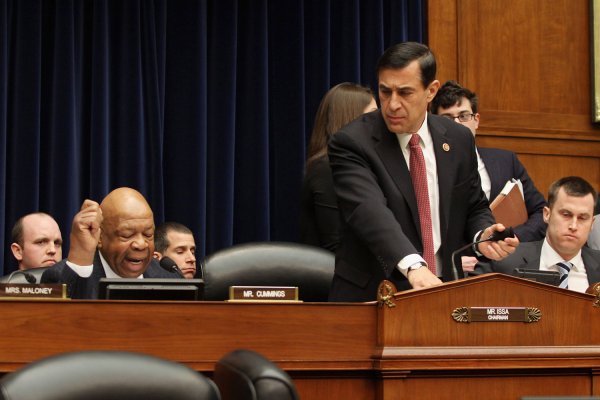 The Wacky World Of Congressional Committees
Next Up: Editor's Pick