How Meek Mill Became the Face of Criminal Justice Reform

When Meek Mill walked out of prison this week, it was much more than just a victory for the rapper and his legal team.

His months-long legal battle, which included star-studded endorsements and a #FreeMeekMill social media campaign, has turned the 30-year-old into a symbol of what activists say is systemic racism and abuse in the criminal justice system, in the U.S. in general and in Philadelphia in particular.

A Philadelphia judge sentenced Mill to two to four years in prison last year for a series of probation violations following his 2008 conviction for drug and weapons charges. Civil rights advocates say they have been fighting for years to bring attention to a problem with massive scale: Millions of convicts, many of them black, live in fear of being sent back to prison for years for minor violations.

“The silver lining in Meek’s incarceration — and it’s hard to find one when anyone goes to prison — is the amount of attention he has shone on this issue,” said Jessica Jackson Sloan, the national director of the #Cut50, a group co-founded by Van Jones to reduce crime and incarceration rates. “It’s so much more than Meek. It’s more than hip-hop and rap.”

More than 4.6 million people are subject to probation or on parole in the United States, according to newly released figures from the U.S. Bureau of Justice Statistics. Advocates say about one third of these parolees and probationers are black.

A general view of a rally protesting the imprisonment of Meek Mill outside the Philadelphia Criminal Justice Center during the rapper's status hearing on April 16, 2018 in Philadelphia, Pennsylvania.
Photo by Brian Stukes/Getty Images

Additionally, about 40% of the people sent to jail or prison every year were on probation or parole at the time of their incarceration, according to Vincent Schiraldi, a senior research scientist at Columbia University’s Justice Lab.

Judges and parole boards often order that those convicted of crimes must undergo years of court-ordered supervision, and even small violations can result in lengthy sentences.

In Mill’s case, it was five minor, non-violent violations, including an arrest last August for performing a motorcycle stunt in a music video in New York, his advocates say. In November, Philadelphia Common Pleas Court Judge Genece Brinkley sentenced Mill to two to four years in prison over the violations. The decision triggered a public outcry from many who believed the punishment was overly severe and rendered in part because Mill is black.

“A lot of people saw what was happening to Meek Mill, and they saw not just one egregious situation, but a mirror of the thousands of egregious cases just like this,” said Clarise McCants, criminal justice campaign director for Color of Change, a national racial-justice group that has been advocating for Mill in Philadelphia.

Even while Mill was still sitting behind bars just two weeks ago, his hometown city again erupted with anger after Philadelphia police arrested two black men for allegedly trespassing at a Starbucks. The two friends, who said they were there for a business meeting, were hauled away in handcuffs. A video of the April 12 encounter was widely condemned as discriminatory, prompting apologies from Philadelphia’s police commissioner and the CEO of Starbucks.

It’s little surprise then that Mill came to embody injustice and racism in his city as well as the rest of the country, civil rights activists say. After his sentencing, hundreds of thousands of people protested in Philadelphia and signed online petitions to free him. His name regularly trended on social media. Civil rights activists, NFL executives and celebrities stood by Mill. Among his loudest champions were fellow rapper Jay-Z, actor and fellow Philadelphia native Kevin Hart and the Rev. Al Sharpton.

“People saw Meek as a symbol,” said Sloan, whose group has been working with Mill. “They saw him as a beacon through which their stories could get told.”

For months, Mill’s lawyers and national racial-justice groups had fought to free the “Levels” rapper, arguing that his initial trial, which resulted in gun and drug convictions a decade ago was flawed. On Tuesday, Mill was granted an immediate release on unsecured bail after the Supreme Court of Pennsylvania intervened.

Brinkley, the judge who sentenced Mill in November, did not respond to a request for comment. She said in an opinion earlier this month that the court “has impartially and without prejudice presided over numerous proceedings in this matter since 2008,” according to the Associated Press.

Since his release, Mill has embraced his new role as he continues to fight for an appeal. “Although I’m blessed to have the resources to fight this unjust situation, I understand that many people of color across the country don’t have that luxury and I plan to use my platform to shine a light on those issues,” he said in a statement this week.

Advocates say this is only the start of a movement to reform the criminal justice system. Their plan includes pushing Pennsylvania legislators to change probation laws in the state, which they say has the highest incarceration rate in the Northeast.

“The energy is swelling in Philadelphia right now,” said McCants, the activist. “This is just the beginning. Now we’re starting to see people’s eyes opening to the way things are not working. With what’s happened at Starbucks and Meek Mill, people who were not concerned about the criminal justice system before are now.”

On April 12, Pennsylvania Gov. Tom Wolf‏ expressed support for reform in a news release that highlighted eight initiatives, including one that aims to “create uniformity in probation revocation procedures” and prevent unnecessarily long probation periods. The governor also pressured the state’s legislature to pass reforms.

“We have the opportunity to take this even further,” McCants said. “All we’ve done is expose what is not working. Now we have to actually change it.” 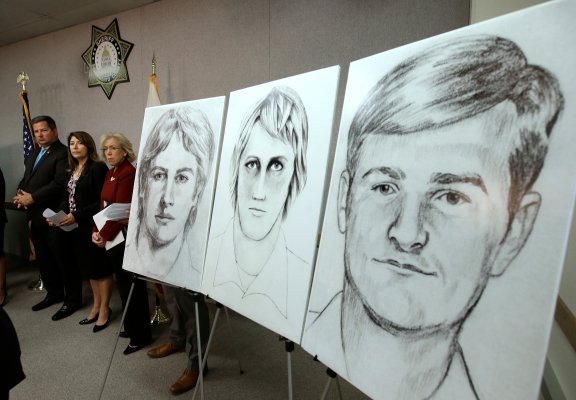 How an Online DNA Service Led to Golden State Killer Suspect
Next Up: Editor's Pick