Just hours after former CIA Director Mike Pompeo was confirmed by the Senate as Secretary of State, the White House released photographs of his visit to North Korea to meet Kim Jong Un.

Pompeo’s visit to North Korea, which was first reported by the Washington Post and subsequently confirmed by President Donald Trump on Twitter, took place over Easter weekend — before he had even begun his confirmation hearings for Secretary of State.

The Post reported that Pompeo visited North Korea to lay the groundwork for a summit between President Trump and Kim Jong Un. Should the meeting happen, Trump will be the first sitting American President to meet with the North Korean leader.

The Senate confirmed Pompeo Wednesday as Secretary of State, but he almost did not make it out of the chamber’s foreign relations committee, where Pompeo was saved by a last minute change of heart from Kentucky Senator Rand Paul, who decided to support his nomination. Trump nominated Pompeo last month after ousting his predecessor, former Exxon Mobil CEO Rex Tillerson. Trump had nominated Pompeo to serve as Director of the CIA after the Presidential election when he was still a congressman from Kansas.

But, as TIME’s Charlie Campbell noted after the announcement of Pompeo’s nomination, his hawkish views are not necessarily aligned with advocating for diplomacy with North Korea. He has said a regime change in the country would be positive, and did not rule preemptive military action. 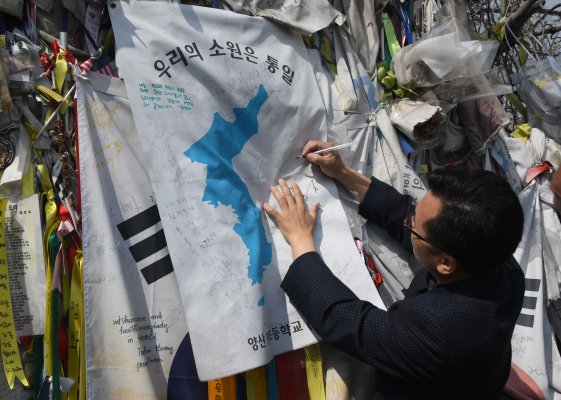 What Would Korean Reunification Look Like? Five Glaring Problems to Overcome
Next Up: Editor's Pick