Everything You Need to Know About the 2018 Met Gala, 'Heavenly Bodies: Fashion and the Catholic Imagination'

Rihanna attends the "Rei Kawakubo/Comme des Garcons: Art Of The In-Between" Costume Institute Gala at Metropolitan Museum of Art on May 1, 2017.
Mike Coppola—Getty Images for People.com
By Cady Lang

Fashion’s biggest night, the Met Gala fundraiser for the Costume Institute at the Metropolitan Museum of Art, is quickly approaching, which means very soon, fashion’s biggest names — from designers and industry insiders to models — will be rubbing shoulders with celebrities and influencers for an unforgettable night at the museum where the only thing more show-stopping than the art is the fashion. This year, the event, which famously always takes place on the first Monday in May, will be centered around the 2018 theme, which is Heavenly Bodies: Fashion and the Catholic Imagination. Ahead of the big night, here’s everything you should know about the 2018 Met Gala.

What is the Met Gala?

Generally referred to as the “Met Gala” or the “Met Ball,” the Costume Institute Gala at New York City’s Metropolitan Museum of Art is an annual fundraiser to benefit the museum’s collection of over 35,000 fashion, costumes and accessories that spans five continents and seven centuries. The first gala was held in 1948 and was founded by publicist Eleanor Lambert; since 1995, American Vogue editor-in-chief Anna Wintour has chaired the event, ensuring a close relationship between the magazine and the Museum. The gala’s theme every year is determined by the theme of the costume institute’s new exhibit; in the past, the exhibit has focused on fashion designers like its memorable Alexander McQueen exhibit, Alexander McQueen: Savage Beauty and last year’s Rei Kawakubo/Commes des Garcons exhibit. Exhibits have also been inspired by cultural movements, such as the Punk: Chaos to Couture exhibit and the tech-inspired Manus x Machina. This year, the gala’s theme is both historical and bound to stir up some controversy as Heavenly Bodies: Fashion and the Catholic Imagination.

When is the Met Gala taking place?

The Met Gala famously takes place every year on the first Monday in May, even inspiring the title of a documentary about the gala. This year, the gala will take place on Monday, May 7, 2018. The red carpet will start at around 7 pm, EST, and will continue with a dinner, dancing, and entertainment to follow.

Where will the Met Gala be held?

The Met Gala is held at the Metropolitan Museum of Art on the Upper East Side of New York City. Guests will walk the famed steps of the museum for the red carpet cocktail hour, while dinner is served in the museum’s Sackler wing, in the famed Temple of Dendur. This year, the exhibit will be housed in the Anna Wintour Costume Center and the medieval galleries at the museum’s main location; some of the exhibit will also be housed in at the Met’s Cloisters location, uptown.

A general View of The Temple of Dendur inside the Metropolitan Museum of Art in New York on March 13, 2016.
Kena Betancur—AFP/Getty Images

What is this year’s Met Gala theme?

This year’s theme is Heavenly Bodies: Fashion and the Catholic Imagination. According to Vogue, the aim of the theme is “to create a dialogue between fashion and the masterworks of religious art” and will include “papal garb on loan from the Sistine Chapel sacristy, many of which have never been seen outside the Vatican.” The exhibit’s head curator, Andrew Bolton, knows the New York Times that the religious aspect of the theme could prove to be controversial, especially for “right wing or conservative Catholics and for liberal Catholics.” However, Bolton hopes that the exhibit will be seen as a “shared hypothesis about what we call the Catholic imagination and the way it has engaged artists and designers and shaped their approach to creativity, as opposed to any kind of theology or sociology.”

On a positive note, the exhibit has received the blessing of the Vatican and will include more than 40 garments and accessories from the headquarters of the Roman Catholic church, alongside the over 150 designer pieces that have been inspired by catholicism and its iconography.

What’s the dress code for the Met Gala?

The dress code varies according to the theme and the whims of the guests. On the Met Gala red carpet, you’ll see everything from a full-skirted ball gown to a cocktail mini dress. Formality is less important than interpreting the theme cleverly and uniquely. Case in point: Jenna Lyons memorably paired a denim jean jacket with a bright pink satin skirt as an homage to eccentric, pink-loving designer Elsa Schiaparelli for 2012’s Schiaparelli and Prada: Impossible Conversations theme.

Who will be on the 2018 Met Gala’s exclusive guest list?

While there’s no way to confirm the full guest list for the 2018 Met Gala yet, the event is being co-chaired by Rihanna, the undisputed queen of mastering the theme on the gala’s red carpet, as well as Amal Clooney and Donatella Versace. In the past, models like Gigi and Bella Hadid have been in consistently in attendance, as well as fashion enthusiast celebs like Sarah Jessica Parker, Kim Kardashian West, and Beyoncé. 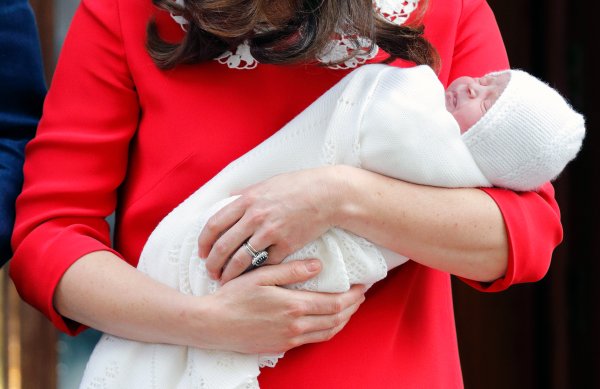 Prince Louis Already Has a Star Namesake Friend
Next Up: Editor's Pick