Last year, the Van Women’s Association in Turkey was about to sign a contract with the European Union for a project on preventing violence against women—one that would have catered for up to 8,000 women in 92 villages over a three-year period. Instead, the organization was closed down.

“There is now a huge gap in the provision of advice and support to survivors of rape and sexual abuse. It really breaks my heart,” says Zozan Özgökçe, the founder of the NGO, which helped raise children’s awareness of sexual abuse and provided training in leadership and financial literacy for women.

The Van Women’s Association is one of many NGOs that have been targeted in the crackdown that followed the failed coup of July 2016. Under the country’s state of emergency, more than 1,300 Turkish NGOs have been permanently closed down over unspecified links to “terrorist” groups.

A new report by Amnesty International published today reveals how an escalating assault on human rights defenders has devastated the lives of hundreds of thousands of people in Turkey, curtailed the vital work of organizations and left swaths of Turkish society in a state of constant fear.

Weathering the storm: Defending human rights in Turkey’s climate of fear, reveals how precious few areas of Turkey’s once vibrant activist community have been left untouched by the ongoing state of emergency. Declared as a temporary exceptional measure almost two years ago, the state of emergency was renewed for a seventh time on April 17.

Under its imposition, human rights have been decimated. A nationwide crackdown has resulted in mass arrests and dismissals from public sector jobs, the hollowing out of the legal system and the silencing of human rights defenders through threats, harassment and imprisonment.

More than 100,000 people have faced criminal investigations and at least 50,000 have been imprisoned, pending trial, over their perceived support for the coup. More than 107,000 public sector employees have been summarily dismissed for the same reason.

Osman İşçi, general secretary of the Human Rights Association, told Amnesty International: “The aim is to maintain the climate of fear. It is arbitrary. It is not predictable. It cannot be effectively challenged, so there is impunity.”

Speaking to me in her office at the Istanbul university, human rights defender Professor Şebnem Korur Fincancı said she keeps a small bag ready at home in case of a dawn police raid to detain her.

The crackdown on dissent has had an inevitably damaging effect on freedom of expression. Lawyer and human rights defender Eren Keskin, who is facing 140 separate criminal charges, said: “I try to express my views freely but I am also acutely aware of thinking twice before speaking or writing.”

Online posts can also land people in jail. After the Turkish military offensive in Afrin, Northern Syria, began on January 22, hundreds of people who expressed their opposition to the operation were targeted. By February 26, 845 people were detained for social media posts, 643 people were subject to judicial proceedings and 1,719 social media accounts were under investigation in connection with posts about Afrin, according to the Ministry of the Interior.

Extraordinary measures are becoming increasingly normalized in Turkey – with human rights activists often the target. Yet as I found when I traveled the country last month, in spite of this onslaught, there are still brave people willing to stand up and speak out.

One inspiring example of this courage is found in the work of a small group of women journalists in the south-east of the country.

In October 2016 the Women’s News Agency (JINHA), run exclusively by women and established to try to get women’s voices heard, was closed by state of emergency decree. Its editor Zehra Doğan was sentenced to more than two-and-a-half years in jail for “making propaganda for a terrorist organization.”

Şûjin, a new women-only news agency set up in its place, was also closed down by emergency decree in August 2017.

Undeterred, the women established Jin News, which continues to provide news from a Kurdish women’s perspective. They are determined not to be silenced. But as the climate of fear and intimidation persists, courageous voices such as these are becoming increasingly rare. They need our solidarity more than ever. 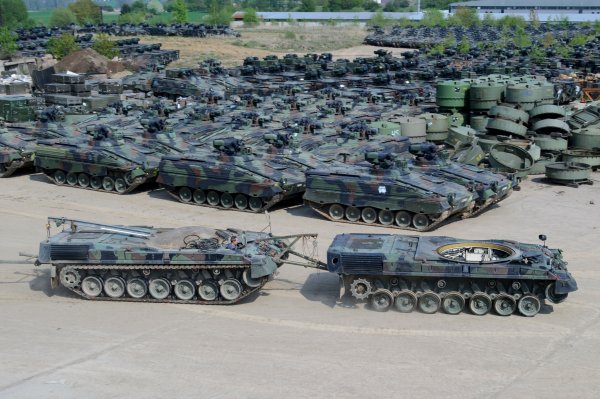 Global Military Spending Has Doubled but the World Is No Safer
Next Up: Editor's Pick