Gymnast Whose Larry Nassar Testimony Went Viral: 'It's Just the Tip of the Iceberg'

When TIME 100 honoree Rachael Denhollander came forward as the first woman to publicly accuse Larry Nassar of sexual abuse, she enabled more than 150 other women, most of them former gymnasts, to share their stories as well.

Denhollander was a 15-year-old gymnast when she began seeing Nassar for physical therapy sessions; during Larry Nassar’s sentencing hearing for criminal sexual conduct, she was the last of his victims to testify. The 33-year-old lawyer’s powerful words immediately went viral. Perhaps most haunting were the questions that Denhollander leveled at the court: “How much is a little girl worth? How much is a young woman worth?”

At the TIME 100 gala on Tuesday, Denhollander discussed the change that she hopes will come from the #MeToo movement.

“I think the response is symbolic of a culture that is hopefully shifting,” she said. “Survivors are being heard. At the same time I think it’s just the tip of the iceberg.”

Denhollander also wonders what the #MeToo movement will look like in the future.

“I’m still waiting to see [how people react] when it’s going to cost you something. When it’s your own community. Right now we are seeing support for people speaking outside their community.” 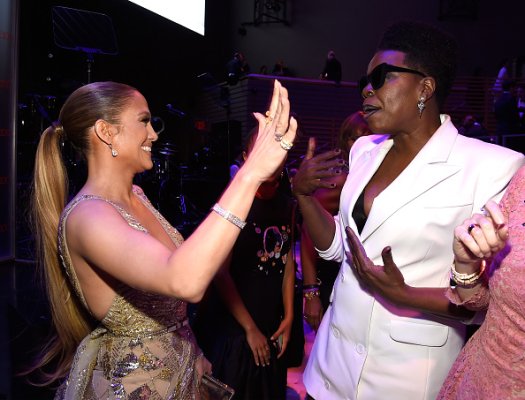 Leslie Jones Watching Jennifer Lopez Perform at the TIME 100 Gala Is All of Us
Next Up: Editor's Pick