Uranus Smells Terrible. There, We Said it

Let’s stop pretending, shall we? Because really, we’re not fooling anyone. Uranus is funny. It was funny when you were twelve, and it’s funny now. It was certainly funny when I was a boy and went to a space-themed summer camp where all the bunks were named after planets and Uranus happened to be where we stored the sports equipment, meaning that every now and then a counselor would say, “Somebody put those bats in Uranus,” and then would have to walk over and put them there himself because we were too busy falling over one another laughing. And it was absolutely funny in 1986 when the Voyager 2 spacecraft flew by the planet and headlines around the country said, “Probe Approaches Uranus.”

And now it’s funny again, with the news that Uranus, yes, smells terrible. It couldn’t be Mars. Nope. Couldn’t be Venus. Had to be Uranus.

The finding comes courtesy of a study in Nature Astronomy, revealing that the cloud tops of Uranus are made principally of hydrogen sulfide, the gas that is principally responsible for the foul smell of rotten eggs and, yes, human flatulence.

The Internet has done what the Internet always does in these situations, which is to resist the obvious jokes and focus soberly on the science. Kidding! “Somebody light a match,” wrote the Huffington Post. “Uranus stinks,” offered The Washington Post. And @twitmericks provided perhaps Twitter’s best contribution to the discussion with:

Jupiter and Saturn’s cloud tops are known, thanks to the up-close analyses, to be made mostly of ammonia ice. But that doesn’t mean Uranus’s and Neptune’s would be as well. Different worlds at different distances from the sun would have condensed down in different ways when the solar system was forming 4.5 billion years ago. So to find out what the Uranian chemistry is, a team led by planetary physicist Patrick Irwin of the University of Oxford turned to the Gemini Observatory, a pair of infrared telescopes atop Mauna Kea Mountain in Hawaii, jointly operated by the U.S., Canada, Brazil, Argentina and Chile. The investigators were hoping to analyze the spectral lines—essentially the chemical fingerprints—of the gasses in Uranus’s atmosphere.

Infrared and near-infrared observatories have been in operation for a long time, but the 1.7 billion mile distance to Uranus made it nearly impossible to use the systems to get a clear sense of the planet’s chemistry. To solve the mystery, Irwin and his colleagues observed sunlight as it streamed through a backlit Uranus, and folded in a wealth of other variables, including atmospheric temperature, pressure, humidity, saturated gasses and more. Ultimately, the hydrogen sulfide showed itself.

The study provides new insights into planetary formation in our own solar system and offers clues to the chemistry of planets circling other stars. The researchers themselves, however, are not insensible to the appeal of the study to nonscientists.

“If an unfortunate human were ever to descend through Uranus’s clouds,” said Irwin in a statement that accompanied the study’s release, “they would be met with very unpleasant and odiferous conditions.”

That, in scientist-speak, is a pretty darn good flatulence joke. The rest of us aren’t so limited, of course; so feel free to, you know, let fly. 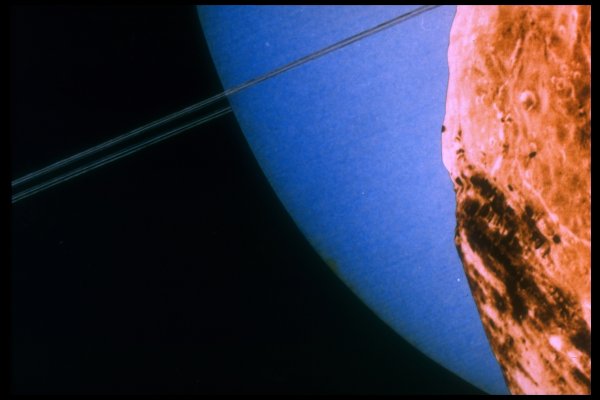 Scientists Say Uranus Really Does Smell Like Rotten Eggs
Next Up: Editor's Pick