A judge in Peru ordered the arrest of two men Monday for allegedly lynching a Canadian man last week in the Amazon, Reuters reports.

Sebastian Woodroffe, 41, was murdered in the region of Ucayali after indigenous community members blamed him for the death of a spiritual leader. Peru’s interior ministry says the Canadian was killed in retribution by a “mob,” Reuters reports.

Video footage on social media reportedly shows a man in a puddle before another man wrapped a rope around his neck and dragged him as onlookers watched.

Olivia Arévalo, the spiritual leader of the Shipibo-Conibo tribe and an indigenous rights activist, was killed last Thursday after being shot twice. Woodroffe was believed to have been a client of the 81-year-old shaman.

According to Ricardo Jimenez, the head prosecutor in Ucayali, her family suspects Woodroffe killed Arévalo for declining to conduct a ritual involving ayahuasca, a hallucinogenic plant brew used for spiritual healing.

Jimenez added that officials are looking into other theories as well, such as murder by another foreigner over unpaid debt.

According to a crowdfunding site, Woodroffe had moved to Ucayali to study plant medicine and become an addiction counselor, Reuters reports.

The foreign affairs department of Canada is in touch with officials in Peru. “We are aware of this case and actively seeking further information,” Global Affairs Canada said in a statement. 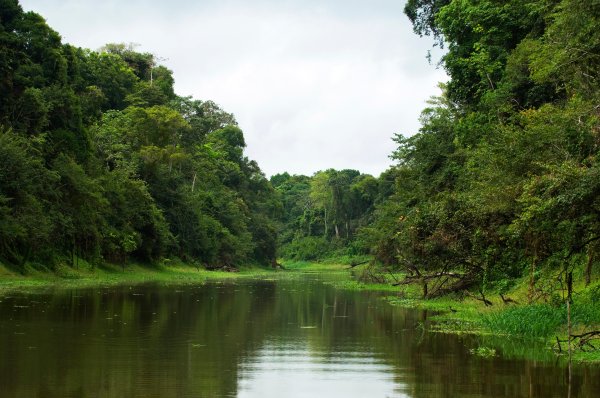 Canadian Man Accused of Murdering Shaman Killed in Amazon
Next Up: Editor's Pick