Police arrested an American Airlines passenger in Miami after he allegedly touched a female passenger without her permission Sunday.

Officers reportedly used a Taser on the passenger, identified as Jacob Garcia of Chicago, several times before forcibly removing him from the aircraft, ABC News reports.

A video posted on Twitter taken by another passenger appears to show three Miami-Dade police officers holding down Garcia and shooting him with a Taser multiple times. Garcia repeatedly asked why he was getting arrested, and an officer responded, “You just assaulted a lady.”

Garcia was originally asked to deplane from Chicago-bound Flight 2446 but he refused. American Airlines then began to deplane the entire aircraft. “During that process, a physical altercation between the same two passengers took place,” according to a statement from American Airlines.

“Once law enforcement was on the aircraft, the passenger then became combative with the officers from the Miami-Dade Police Department. The same passenger was subsequently arrested.”

The flight remained at the gate of Miami International Airport for more than an hour due to the disruption.

All passengers remained on the flight. 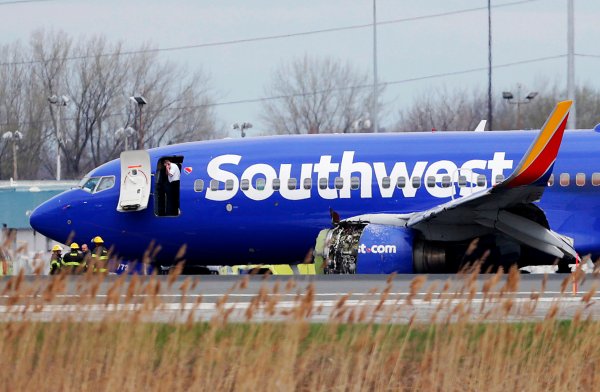 Southwest's Engine Explosion a Warning Sign for Flyers
Next Up: Editor's Pick