Ronan Farrow attends Variety's Power of Women: New York at Cipriani Wall Street on April 13, 2018 in New York City
Jamie McCarthy—Getty Images
Ideas
By Karl Vick
Karl Vick is an Editor at Large based in New York. From 2010 to the autumn of 2014 he was the Jerusalem Bureau Chief, covering Israel and the occupied Palestinian territories with occasional forays into other lands.

Ronan Farrow has been busy, even by his standards. About a week after winning the Pulitzer Prize for articles in The New Yorker that exposed the alleged sins of Harvey Weinstein (which Weinstein has denied) and helped inspire the ascension of the #MeToo movement, the 30-year-old Farrow is publishing a major book on a different topic entirely. War on Peace: The End of Diplomacy and the Decline of American Influence draws on Farrow’s tenure at the State Department, where he worked after graduating from Bard College at age 15 and going on to a law degree at Yale, on the staff of the late Richard Holbrooke and in other positions, before launching his career as a journalist. He spoke with TIME on April 23.

War on Peace. Can you explain the title?

The United States is undergoing a transformation in how it relates to the rest of the world. We are becoming a nation that has no more negotiators and peacemakers, that shoots first and asks questions later.

You talked to every living former Secretary of State, who all agree with your observation that the military has overtaken functions of the State Department. But active senior military officers often say that they don’t want to be doing everything and wish they were turned to less. Have you been told that?

Yes. You look at [Defense Secretary James] Mattis’ track record of statements [“If you don’t fund the State Department fully, then I need to buy more ammunition ultimately”], and you see a more robust defense of the importance of diplomacy than we’ve gotten from the more recent Secretary of State. Across the board, you’ve got generals who understand the importance of diplomacy. What you see in crisis after crisis is when the balance out of whack, you end up routing everything through the military in a way that has pretty disastrous consequences. You’ve seen that in Afghanistan and Somalia, for instance.

I was once told — by an Army major with a Ph.D. — that the destination of choice for the best and the brightest was the CIA in the 1950s and the State Department in the 1960s, but in recent decades it’s been the U.S. military. How much of this is about an organization being a magnet for talent?

That’s a really interesting historical view. I haven’t seen the research on hiring at the various agencies over time, but certainly since the end of the Cold War the State Department has been less and less of a talent magnet, and that’s had dramatic repercussions on our ability to confront a whole range of challenges.

Nathan Thrall wrote a book about the Israeli-Palestinian conflict called The Only Language They Understand, making what may be the opposite argument of your book. He observed that diplomacy around that issue was largely hollow, while real movement had invariably resulted from force.

I don’t think that anyone in the pages of War on Peace is arguing that diplomacy is the replacement for military power. But, correctly, the job of the military is to think tactically. The much longer-term strategy — say, the question of how does a development agenda fare 10 or 20 years down the line — those are perspectives that come to the fore when you have an empowered core of experts an diplomats. And that’s what you’re giving up now.

You’re not hearing people like Madeleine Albright argue that the budget of the State Department should be as large as the Defense Department. The Pentagon is going to be larger, by its nature. It’s going to have more people. State can operate on much less, but it needs to be looked to. The balance is way out of whack.

Muammar Gaddafi’s Libya was quietly persuaded to give up its nuclear program. South Africa did too. Have some diplomatic successes failed to be noted simply because a crisis averted doesn’t make news?

Sure. Nuclear disarmament is a great illustration. But the U.S. State Department under this Administration cut its top disarmament official [Thomas Countryman, whose January 2017 dismissal shapes the book’s prologue].

There may be a summit between Kim Jong-Un and Donald Trump. Is Trump’s kind of “madman” approach on North Korea working?

Obviously, time will tell. What the experts say about the prospect of a direct meeting between leaders is: Could there be a place for that in a strategic diplomatic approach? Sure. Are we seeing that in the current approach? North Korea has often had a two-faced approach. It has often made these kinds of promises and not delivered. The danger is you could end up giving North Korea an extra measure of legitimacy as a nuclear power.

The book alludes to you receiving a job offer from the CIA. Were you not tempted?

[Laughing] I’ll leave my complete thoughts about the CIA to the exact wording in that paragraph.

Your mentor, Richard Holbrooke, famously wrote an article titled “The Machine That Fails” in the 1970s, about the State Department. How much of the department’s pain is self-inflicted?

The State Department is a profoundly flawed, perhaps even broken system right now. No one is arguing that we don’t need to reform the State Department and USAID. I do think what’s happening right now is not reform. It’s the wholesale immolation of our diplomatic apparatus.

And if you look at during World War II, when there was similar crisis of The State Department isn’t working, it’s a bureaucracy in crisis, what we were able to do at that time was re-invent the agency, adapt it to the modern era, and it was crucial in creating much of the architecture of the world that the U.S. did so much to create after the war.

I absolutely think there’s an opportunity now. This is a moment of crisis, but that makes it all the more urgent that we turn to solutions. 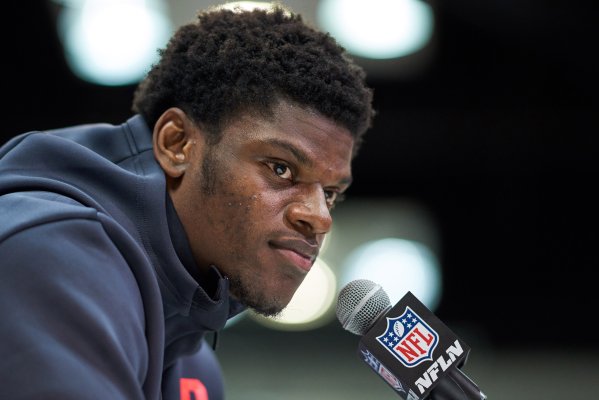