Read Babe Ruth's 1948 Obituary: 'He Was Unforgettable, Even When He Struck Out'

When Babe Ruth was honored in 1947 with a special day for “fans, players and the management of the game … to unite in a salute and join in a prayer for his early recovery,” as MLB commissioner Happy Chandler put it, the baseball legend was dying of cancer and hadn’t played professionally since 1935.

Still, his grip on baseball was firm enough that nearly 60,000 people turned out for Babe Ruth Day at Yankee Stadium in New York City, and countless more around the country. The day was dedicated to appreciating the man whose name remains synonymous with his sport to this day. Addressing the crowd, Ruth spoke of what made baseball special — the fact that it took serious training to develop the necessary skills, for one — and expressed his gratitude for the event.

“There’s been so many lovely things said about me,” Ruth told the crowd. “I’m glad I had the opportunity to thank everybody.”

But Ruth couldn’t hide that he was sick. His voice sounded bad and it felt bad too, he admitted.

“He wasn’t the Babe Ruth everyone remembers,” photographer Ralph Morse would tell LIFE.com of that day. “He put a brave face on it, but he was ravaged.”

When he died on Aug. 16, 1948, just a little more than a year after that Babe Ruth Day and a few months after his farewell to Yankee Stadium, TIME’s obituary noted how surprising it was that Ruth was even able to make it to that celebration of his life, months after “sports editors everywhere prepared obituaries.” As the remembrance explained, that stamina shouldn’t have been surprising:

Maybe that feeling of intimacy was why so many people had trouble believing he was really gone. “Newspaper switchboards lit up within minutes after the radio bulletin, and were jammed for hours,” TIME reported the following week. “At Memorial Hospital five extra operators were put on, to repeat over & over that Ruth had died.” 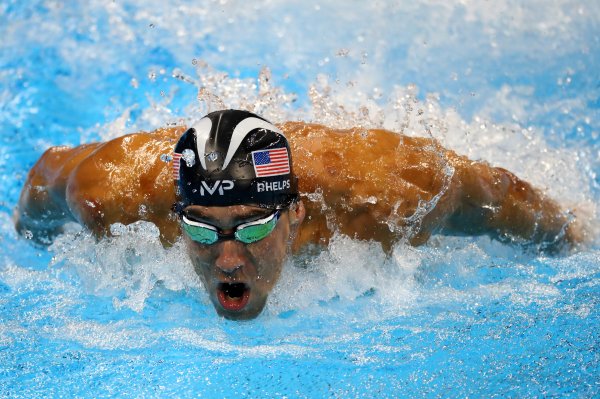 A Kid Named Clark Kent Has Flown Past Michael Phelps' Record
Next Up: Editor's Pick