The 29-year-old suspected of killing four people in a mass shooting at a Waffle House in Nashville on Sunday has been captured and taken into custody, ending a massive overnight manhunt.

Travis Reinking, whom authorities had called armed and dangerous, was caught in a wooded area less than a mile and a half from the Waffle House where police say he opened fire with an AR-15 assault rifle.

The suspected gunman had a handgun in his backpack at the time of his arrest.

Reinking was charged with four counts of criminal homicide on Monday, and is being held under a $2 million bond, according to the Associated Press. He is expected in court Wednesday.

Reinking had requested a lawyer and was brought to the hospital before he was taken into custody, a police spokesperson said.

The search to find Reinking was a multi-agency effort, with more than 80 Nashville police officers, FBI agents, ATF agents and Tennessee Highway patrol agents coordinating the effort to apprehend the shooting suspect.

Police say Reinking had made his getaway from the shooting by running half-naked into the woods near the apartment he was renting a short distance from the restaurant.

Before Reinking was found on Monday afternoon, Nashville police spokesman Don Aaron said that police believed he would have to come out of the woods at some point for food and water.

Reinking was stopped from allegedly killing more people at the Waffle House by heroic customer James Shaw Jr., 29, who tackled the shooter and disarmed him by throwing his rifle over the counter and out of reach.

Police said that Reinhold had access to four firearms before the shooting, and it was believed that Reinking may have had a handgun with him when he fled.

Days before the Waffle House shooting, he also stole a BMW from a dealership and avoided police in a car chase, Aaron said. The vehicle was found later that day at Reinking’s apartment complex – but police were unable to identify the suspect at the time.

Nashville schools activated their “lock-out” policy during the manhunt, meaning that no outside guests or visitors were allowed in schools until police declared the manhunt over.

Reinking has had multiple run-ins with law enforcement in previous years.

He was arrested by the U.S. Secret Service in July 2017 for getting close to a restricted area of the White House. He told investigators he was trying to meet Donald Trump when he was questioned.

Other police reports filed against Reinking earlier on in 2017 describe erratic behavior. One report details the shooting suspect showing up to his father’s construction business in a pink dress holding a rifle and yelling, while another report says he told police that pop star Taylor Swift was stalking him and hacking his phone. 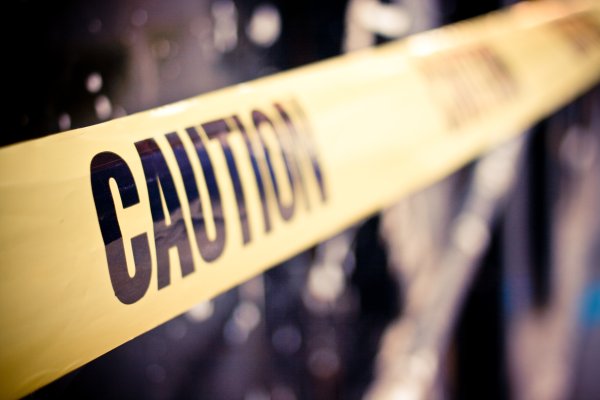 Suspect at Large After Binghamton University Student Stabbed to Death
Next Up: Editor's Pick