Ideas
By Father Tomás González Castillo
González Castillo is a Franciscan friar who has created a shelter that provides essential food, counseling and legal assistance to immigrants on their harrowing journeys from Central America to the United States. He is one of three humanitarians nominated for the Aurora Prize for Awakening Humanity, which is awarded annually in Yerevan, Armenia, on behalf of the survivors of the Armenian Genocide and in gratitude to their saviors.

As far back as 2010, I saw this getting worse. That August, 72 immigrants seeking freedom were kidnapped, tortured and killed, in what is now known as the San Fernando massacre. While the discovery of the bodies of 14 women and 58 men piled up together shook us all, we also recognized that such cruelty and murder was not unique to this one case.

For decades, my life’s purpose has been to help these refugees from Central America. With hundreds fleeing every week, I saw how important it was to ensure that refugees had the most basic human right of safety. At La Casa del Inmigrante, a shelter I founded, we can protect thousands of refugees from more than 30 different countries, as they continue their migration through Mexico.

But they needed more than food and shelter. So, we created La 72 Home and Refuge to support immigrants desperate to restore their dignity, fight for their rights and try to rebuild their lives. This support comes in many forms, from counseling LGBT immigrants, who are often the most vulnerable, to rehabilitation for victims of trafficking on migration routes.

In recent years, the flow of migration has changed drastically. Ten years ago, the people showing up on our doorstep were young men, suffering violence at home. Now, it’s children, women, the elderly, entire families. We’re seeing whole nations in Central America struggling with extreme political violence and volatility that impacts the entire country. We witnessed this most recently in the highly publicized “migrant caravan” that generated significant headlines and political debate.

Every human has a right to basic security, and yet those we support have often been attacked for no other reason than for being in the wrong place at the wrong time. But in this country, in this region, in this century, we are running out of the “right” places. Everyone is at risk and levels of forced migration continue to grow. We take in 1,000 people at La 72 every month. Last month, a record number of 115 people showed up in a single day.

In 2016, over 388,000 people fled Central America, looking for safety in Mexico and the U.S. In the same year, in Mexico alone, more than 16,000 unaccompanied refugee children were detained. We can’t work alone in this fight to secure basic human rights for children—anyone’s children. Only as a collective force committed to providing fundamental humanitarian aid will we be able to protect migrants’ basic dignity and safety. 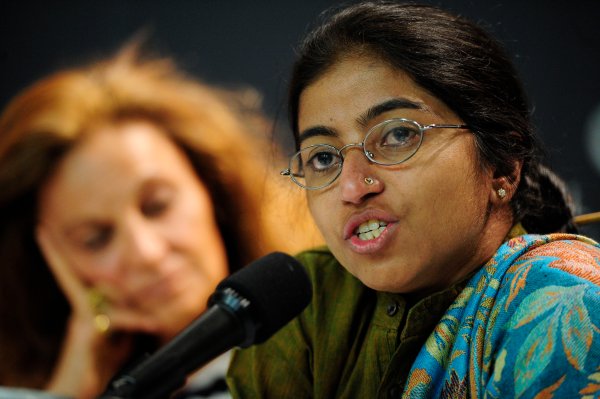 Ending the Silence Around the $99 Billion Global Sex Slavery Market
Next Up: Editor's Pick