When President Trump decided to pull the U.S. out of the “Paris Agreement” accord to rein in carbon emissions in June last year, his French counterpart had a withering comeback. He promptly launched an initiative to urge France to step up and lead the fight on global warming, around the slogan “Make Our Planet Great Again.” The message to some was clear; France’s “Libération” newspaper splashed two English words across its cover: “Goodbye America.”

But on Monday, when Macron begins a three-day state visit to Washington, the message will be a far warmer “bonjour America.”

In what some French see as a virtual bear hug of the U.S., Macron and his wife Brigitte will dine with the Trumps on Monday evening at George Washington’s mansion in Mount Vernon, Virginia, and on Tuesday evening Trump will lavish on Macron the first glittering White House state dinner of his presidency. Macron will also address the joint session of Congress on Wednesday—the first in a decade of any French leader.

All that suggests an oddly close connection between this pair of polar political opposites. For months, Macron has suggested that, given enough contact with Trump, he believes he has a shot at coaxing the U.S. President into changing his mind on key policies where they disagree — like the Iran nuclear deal, climate change and free trade.

Yet Macron’s friendly relationship with Trump would appear to hold risks for the French president. Trump is deeply unpopular in France, and indeed much of Europe. What is more, Macron’s visit comes at a time of national demonstrations and strikes back home, with thousands of French students, railway workers, retirees, and others protesting his sweeping economic reforms. On Friday, a survey by the polling agency BVA showed that 54% of French had a “bad opinion” of Macron.

Not only that, but France’s recent decision to join the U.S. and the U.K. in air strikes punishing the Syrian regime for using chemical weapons has not been welcomed by everyone at home. Some have drawn comparisons with the Iraq War, when then-President George W. Bush failed to persuade the French leader Jacques Chirac to join the U.S.-led invasion of Iraq in 2003.

“The French have been told by their media and the whole political class that Trump was a dangerous lunatic unable to articulate a domestic policy, let alone a complex foreign policy,” says Philippe Moreau-Chevrolet, a political communications consultant in Paris. “Now all of a sudden we are asked to believe that entering a war coalition with him is a good idea.” He says that 15 years after the invasion of Iraq, the French still “love” Chirac’s refusal to join that coalition.

Even so, the French have widely supported tough military action in Syria. And Macron and his allies have brushed off all suggestions that he might be growing too close to Trump.

“The U.S. is still the most powerful country in the world, and Trump, for better or worse, is the U.S. President,” says François Heisbourg, special advisor to the French Foundation of Strategic Research in Paris, explaining Macron’s relationship with Trump.

“Does that mean we love the guy? Of course not,” Heisbourg says. “But to be seen as the only European leader to have the ability to be honored in the U.S. in the way Macron will be honored, well, that is pretty flattering.”

Beyond being flattered, Macron has calculated that France’s tight links to the U.S. are more important to the world than the popularity of whoever is currently the U.S. President. Macron stressed that point during his TIME interview last November, when he said that he needed “a relationship of trust” with Trump to further his foreign policy agenda. “We are both duly elected by our voters,” he told TIME. “I am not here to judge.”

Similarly, when a journalist asked a senior Elysée officials at a press briefing in Paris last week whether Macron’s Washington trip risked looking like an endorsement of Trump, the aide reminded reporters that the U.S. and France had been allies for 250 years, “and have never fought a war against each other.” That alliance, he said, “is of inestimable value in the current context.”

Macron has three main issues on his agenda this week, according to Elysee officials. He will try to persuade Trump to stick to the Iran nuclear deal, to change his mind on the Paris climate change accord, and to return to the Trans-Pacific Partnership which Trump withdrew the U.S. from and now says he might consider rejoining.

Most urgent is the Iran nuclear deal, which the Obama administration negotiated in 2015 in coordination with six world powers and the E.U. The agreement resulted in a partial lifting of sanctions against Iran, and both U.S. and French companies are angling for contracts with the Iranian government. Trump has made clear he would like to rip up the Iran deal, and has set a May 12 deadline— three weeks away—in order to change or ditch the agreement, which came after years of painstaking diplomacy.

Despite the warmth between Trump and Macron, few in France expect the French president to succeed in bringing Trump around to his views — including on Iran. “The likelihood of getting Trump to change his mind on Iran is low,” Heisbourg says. Yet he adds that Macron will not be blamed for failing in that. “He will get A for effort, which is not a bad thing.”

Likewise, French officials have suggested that Macron is less anxious about trying to persuade Trump to back the global climate deal, which commits each country to carbon-emissions targets in order to dramatically rein in global warming. In recent weeks, officials have told journalists in Paris last week that in reality, the U.S. will likely drastically reduce its carbon emissions in spite of Trump’s refusal to sign the treaty, since hundreds of companies and numerous U.S. states have said they will commit to doing so.

In fact, Macron might leave Washington on Wednesday evening with little or no concrete result to bring home from his visit–and still regard the visit as a success, simply by making Macron look like one of the world’s most important leaders.

“It never hurts to be seen as the guy who can talk to all the big guys on the block,” Heisbourg says. “And Macron is probably the only European head of state who can actually pull off that trick.”

Whether anyone else views it that way remains to be seen. 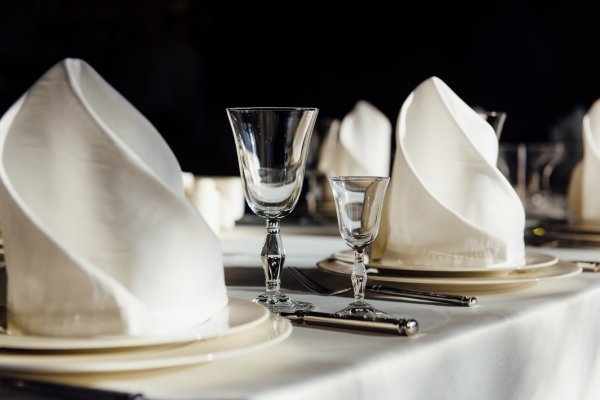