Kanye West’s Twitter comeback has finally yielded the good news we’ve all been waiting for.

The rapper, whose recent string of tweets are set to become a book (supposedly), teased his musical return on Thursday. West started by simply writing on Twitter, “My album is 7 songs.” He followed up by sharing the date of June 1.

But that’s not it! The 21-time Grammy winner, whose last album The Life of Pablo was released in Feb. 2016, revealed that just one week later he’d be dropping a collaboration album with Kid Cudi under the group name Kids See Ghost.

The collaboration between West and Cudi is notable considering the former label-mates had been going back-and-forth at each other in 2016, before eventually squashing their beef. 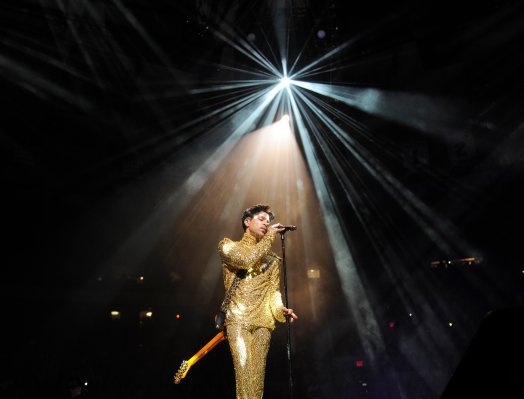 ‘Overdose Deaths Do Not Discriminate.’ Prosecutors Discuss Prince’s Death and Why They’re Not Filing Criminal Charges
Next Up: Editor's Pick